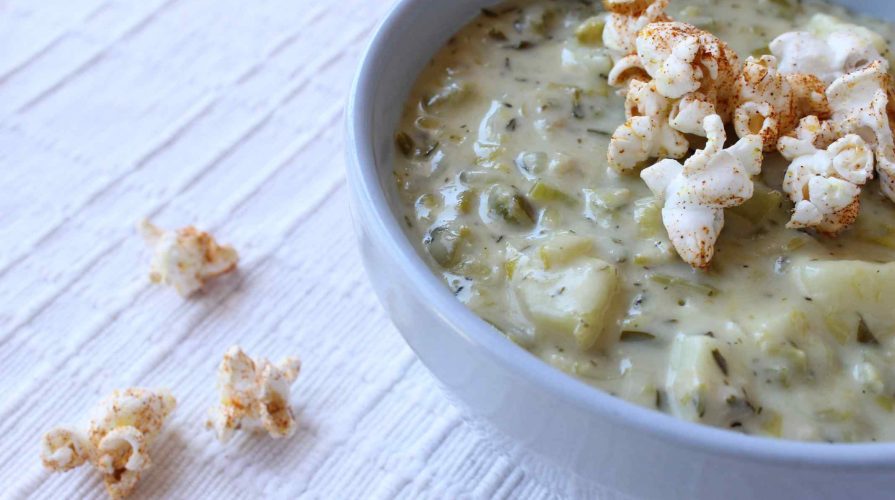 My teenage summers were often spent in Maine running, reading, baking and cooking, or working while baking or cooking. It was a Boys’ Club in the restaurant’s kitchen. The one technically good-looking and slender, though buck-toothed, waitress, often glided into the kitchen with an order while giving the head chef a toothy smile and a glimmer from her eyes. Nevermind that he had some formal dalliance with the bright-eyed, tan, pudgy waitress that everyone thought was cute. Or that he compared notes with his brother, also in the kitchen, about his hook up that summer with the hippy waitress that never wore a bra. What made the temperature rise even more was when the head chef dated the owner’s daughter, beautiful with her fancy clothes and southern drawl, but pretty plain otherwise. Whey they broke up, everyone felt the tension when they were standing in the same room, like tempered chocolate seizing up despite the heat.

She would sometimes allay the tension with distraction: her dogs. They were two untrained, dopey pitbull mixes, loping into the kitchen, named after a winery, sniffing our prep areas. She would sweetly admonish them while the rest of us would look on annoyed. These dogs could suddenly turn into growling, protective beasts, when Owner’s Daughter was not around or complacently keeping them reigned in. I remember a hotel guest complaining loudly to the staff when his wife had been cornered by a dog baring teeth and barking. And my brother, working as a dishwasher in the kitchen, had a similar experience with the dogs, both guest and employee’s concerns not taken very seriously. But they’re good dogs,  was the response from Owner’s Daughter, as she bent down for wet dog tongue kisses and rubbed the dogs’ ears. After a pouty argument between father and daughter I suspect, the dogs were eventually banished from the kitchen and kept from wandering the hotel grounds without supervision.

The mostly male kitchen staff were greatly overworked, often finishing in the kitchen at 12AM, then getting up for breakfast prep at 6AM. Despite my strong interest in cooking at this time, the dark underbelly had exposed itself. The incongruency from kitchen to plate, this Jekyll-and-Hyde attitude I saw in my co-workers turned me away to consider a career in the culinary arts. I once saw the head chef lose it, screaming obscenities at the staff, when an order came through for scallops. The waiter hadn’t confirmed what seafood was available that night, left the order at the chef’s station, and assumed the dish was being prepared. When the chef read the order, he erupted when he realized 20 minutes after the order had been placed that he did not have any scallops to cook. That was just the beginning.

I once dropped a pan of fresh blueberry muffins on the floor just before taking them out to the busy Sunday brunch buffet table, only to be told when realizing there were no other Wild Maine Blueberry muffins (the blueberries were actually from New Jersey) that an invisible layer of Saran wrap existed on the floor. I was to pick up the muffins, place them back on the tray, and put them out on the buffet table. And never speak of it again.  That was a turning point: I am suspicious of many busy restaurants, even now, fearing some lackey has had the same experience, hoodwinking numerous patrons into eating food from the floor. I don’t condone the act in the restaurant but if in my own home, I probably would have picked those muffins up and eaten them without a care.

It was a thankless job. A couple of the chefs smoked heavily. They drank. They gossiped about the summer staff, whether the waiters were gay or the waitresses were loose. One older chef wrote me letters after my summer stint while I was in college, detailing his new girlfriends and cooking at a camp for kids. They also had a strong disdain for the neighboring state tourists and former classmates, especially from the Boston area. “Massholes,” they called them, with a shake of the head and a snicker. They preferred Maine, even though they were overworked, underpaid, and worked for a old rich guy who drank heavily with little managerial skills or ability to hire someone who did.

I preferred Maine too, for some things. Running on the hills dotted with hay bales and horses was more exciting than the grid of sidewalks in Illinois. Summer baking was more cozy, especially on cold mornings. If it was rainy, it was cool, the gray light and sea making the pine trees seem even more green and soft looking. It was one of these rainy days, when I was working and tasted the restaurant’s clam chowder. It was the best chowder I have tasted, even now, despite its use of canned clams and juice (never once do I remember them using fresh for the soup in the restaurant). The chowder recipe was bare-bones description, assuming the one who is cooking it has formal training and wants to cook a large amount, so I have scaled it down greatly, and had to make assumptions about certain ingredients. In the end, taste-testing without complaint by Eat, Grub, and Peach, I think I have found the best match to the original.

The biggest problem with this recipe was the conversions. It was scaled to make a huge amount. To feed many, many people. As good as this soup is, I really don’t want to make enough using a bushel of celery and a bushel of leeks. Scaling down a recipe from bushels is not a simple conversion. First, how much is in bushel varies from state to state. Secondly, it varies from grain, fruit, grain, and many other produce. Judging from some of the other ingredients (potatoes, clams, butter), I thought quartering the recipe would be best. Yet, I still calculated 15 pounds  of celery and 5 pounds  of leeks, unsure from which the recipe originated (from a “Masshole” perhaps? With a conversion table from Rhode Island? Or Iowa?). Not that I don’t like celery in the right recipes, especially soups, but 15 pounds seems a little extreme.

This soup is about the Boys’ Club, and how I gained something from it, even as a teenaged girl. This is a great recipe to serve with crisped potatoes (see below) or some Old Bay seasoned popcorn instead of oyster crackers. If you go out to a restaurant and love the food, pay the staff a compliment or two. They’ll really appreciate it and will be less likely to serve you the floor muffins.

Save Print
clam chowder with old bay seasoned popcorn
Author: story of a kitchen (cobbled together from a recipe from my formative years)
Recipe type: soup
Prep time:  45 mins
Cook time:  30 mins
Total time:  1 hour 15 mins
Serves: 6-8
Ingredients
Instructions
Notes
* Make your potatoes even in size so they'll finish cooking at the same time. How do you make cubes from ovoid potatoes? Cut each potato into rectangular boxes, saving the skin/rounded parts for topping. No, not raw! Take these leftover bits, fry them in oil until golden like thick potato chips, season well with salt, and add them hot to the top of the soup. Potatoes versus popcorn as a soup topper - it's a hard decision in my book. I made both!
Wordpress Recipe Plugin by EasyRecipe
2.2.6
If you love this, share it!