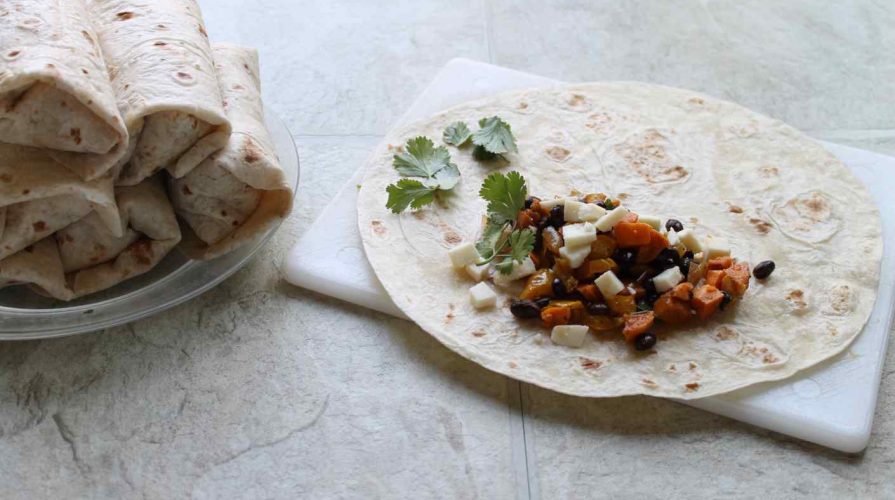 stockpiling these, no doubt :::: Grub’s confusion with phonemes “another” and “mother” has become somewhat endearing in the last few months.

“I want a mother one,” he states, meaning he wants more of something, usually food.

“I am your mother. You want aNOTHER what? Another mother?” I correct.

A strong enunciation effort on his part equals a clear “another” from his lips, punctuated with a trademark Grub smile and head tilt. No desire to change his mother.  And he gets another helping of cinnamon toast and remains the son of one mother. And these burritos are another version of many on a spectrum of thousands. But another that is well worth the extra effort to stockpile a few in the freezer. I am forever trying to simplify my lunch preparation for work. I abhor most cafeteria fare or microwavable packaged options; not that I haven’t tried them. It’s the freezer-burned taste of “roasted” carrots and the tough chew of grilled chicken in too many packaged choices, promising so much “fresh flavor,” apparently lost in the ice crystals. Pre-packaged freezer burritos are sometimes palatable, depending on the brand. Gluey orange cheese and pasty beans are commonplace, an atrocity to anything close to Mexican cuisine. Or Tex-Mex. Or food, really.

This is an answer to the questionable food choices you have, those Tex-Mex rabble rousers. The kids won’t eat them despite the lure of the neon cheese. Try another. Try the other. Another for the mother. For lunch. Your kids may want a mother, I mean aNOTHER one, after the first. Sweet potatoes, peppers, beans, and the salty cotija cheese are a great combination: sweet and salty, carbs and protein, all mixed into each bite. Feel free to change out for your favorite roasted vegetables and other salty additions.

Happy Mother’s Day to all the moms with their own pockets of chaos (and food) to tame. (Thanks, Mom, for being patient with me for more than half my life, when I didn’t deserve it.)

One year ago: portland, oregon and coffee tapioca