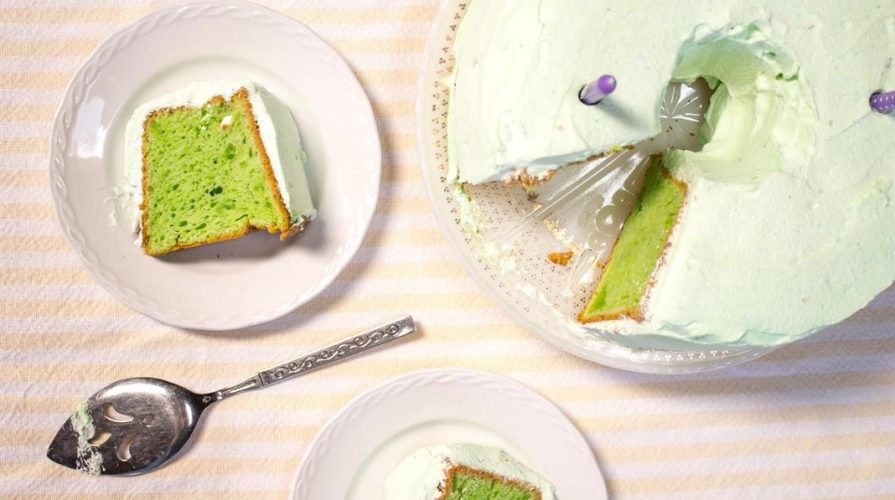 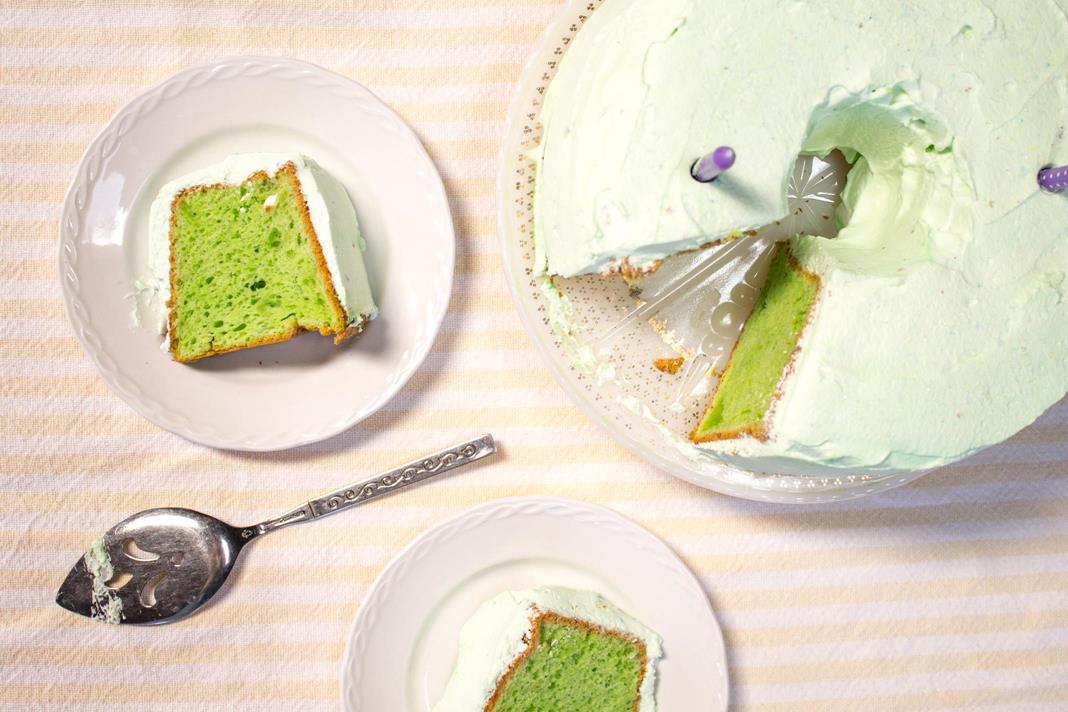 I admit it. We made no effort to celebrate Sky-girl’s first birthday this summer. None. Judge me. That week involved keeping the kids busy and saying goodbye to many friends while getting organized to move across the country two days later. I just could not even get my ass in gear to buy cupcakes. And I figured, Sky-Girl really doesn’t care or know the difference anyway. Eat and I have a long history of shying away from any possibility of expected birthday bash celebrations for our kids when ages 1 or 2, the ages when overstimulation with balloons and new toys, raucous guests, and a sugar rush from cake and ice cream just puts the tot in a vile mood, with multiple melt downs anticipated, and a stomachache. This applies to the parents, too. 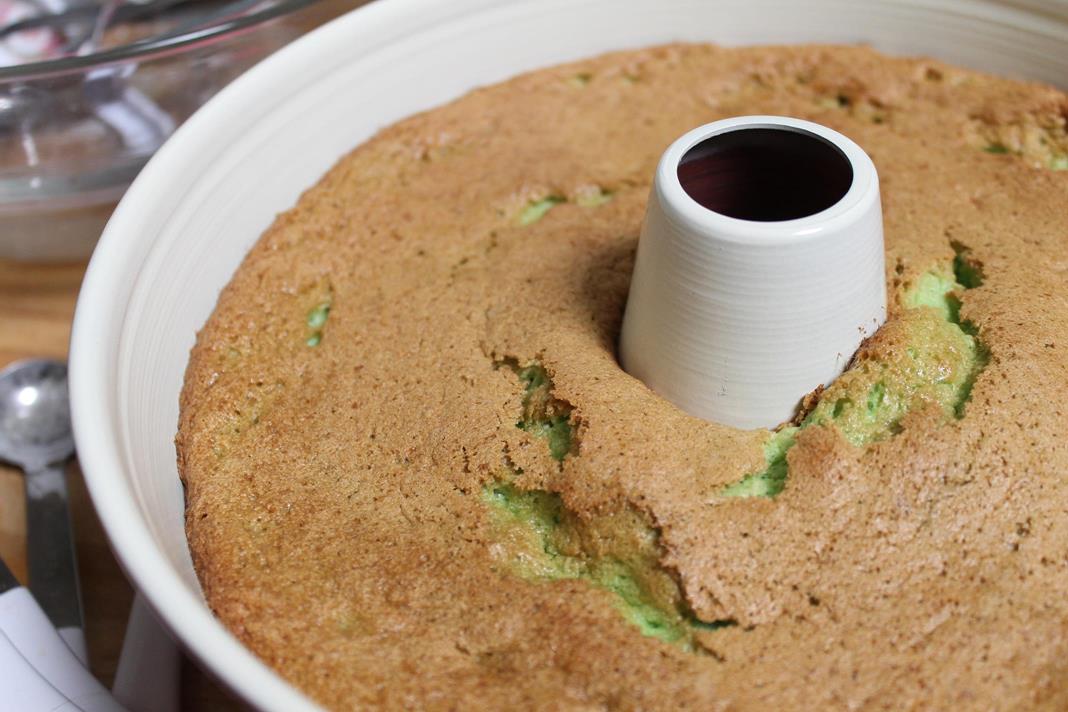 So what of a missed one-year-old birthday? I mentioned this to my sister and mother when visiting in Maine this summer, and my sister immediately went into action. She was working at a the  wonderful Morning Glory Bakery in Bar Harbor, and ordered a lemon lavender cake. It was wonderful: full of lemon flavor without too overbearing a lavender note (translation: it didn’t taste like soap or smell like a bathroom). It’s also important to note that Sky-Girl wanted nothing to do with the cake. This reminds me of her brother at the same age, celebrating with a pear galette. It was a lovely, intimate party, Sky-Girl ready for bed soon after the cake was presented and candled (as I imagined). 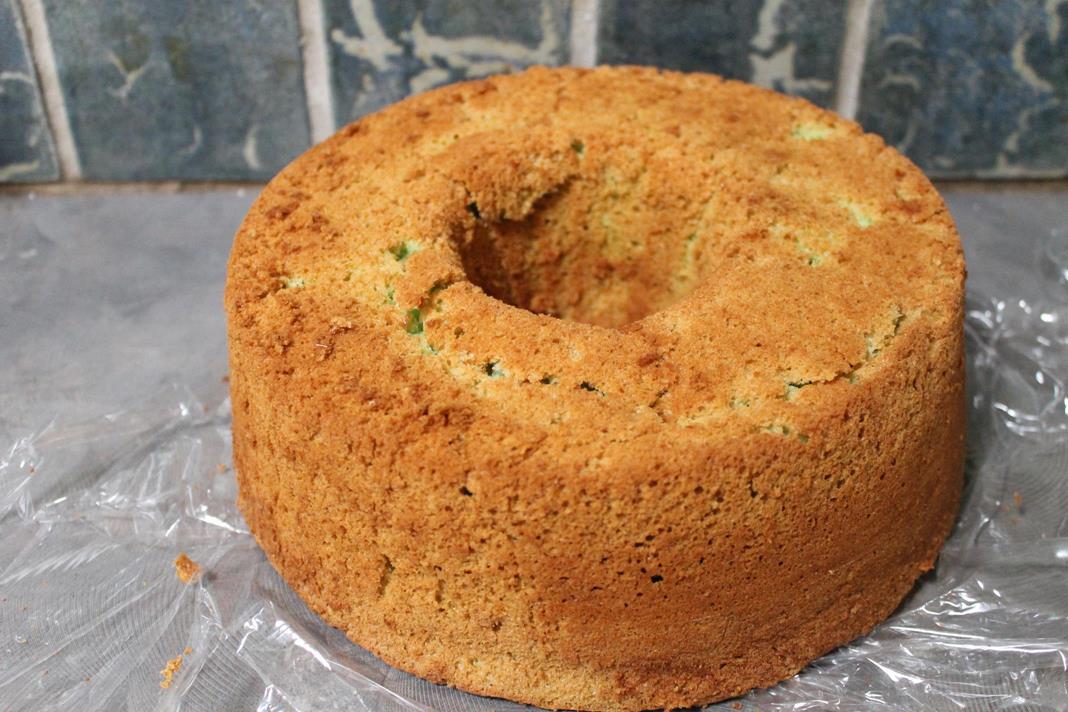 see those cracks and rips? no one will care! or see!

My intentions were so whole, so pointed to redeem that birthday-not-birthday in our own household (Eat was not in Maine to celebrate) that I gallantly planned a birthday-and-a-half celebration recently. Not because I felt guilty. Not because anyone expected me to. Mostly because I wanted an excuse to make a fun, girly cake. And I’m sure that Peach and Grub would enjoy it more than anybody. I reviewed cake recipes, bought a cake pan, considered of the themes (Polka dot? Butterflies? Fondant with piping?).

Then I didn’t do it. 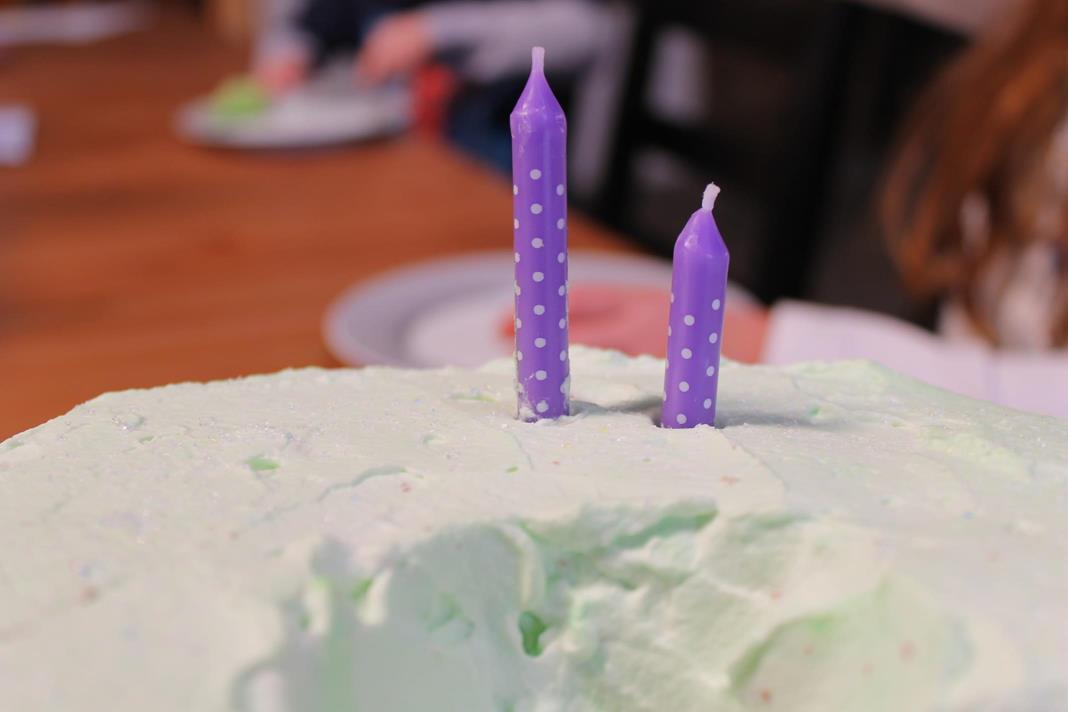 It was just before Christmas, this one-and-a-half birthday date. I couldn’t get organized before a holiday roadtrip to the grandparents’ house and couldn’t justify eating that much cake before we left. Could we have had cake for two of three meals? Probably, but not without a bellyache. Could I have brought leftovers to the nieces and nephews to easily devour within minutes of arrival? Probably. But there was at least one adult in the car that didn’t want more perishable clutter on the trip. (It wasn’t me.) 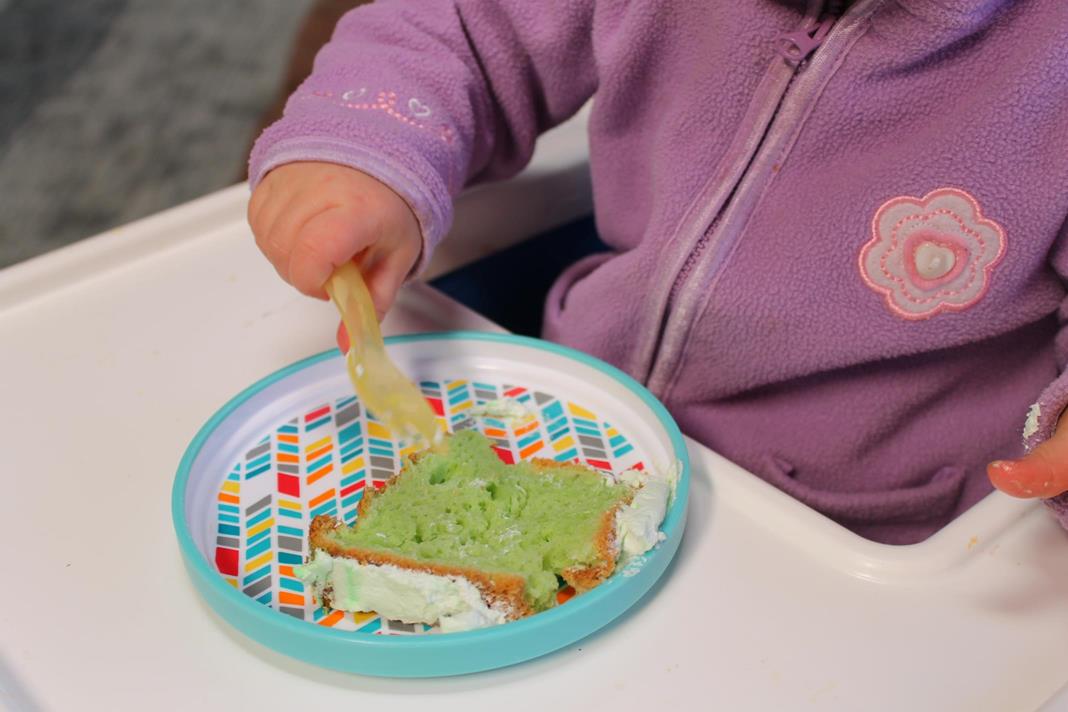 This inauguration finally bloomed in the form of collaboration. This cake is a late birthday-and-a-half as well as a four-years-blogging celebratory dessert. It’s a huge cake so I’ve got to pack a lot celebration into it. Even better: not only is it a creative outlet and excuse for sweets, it passes my cake snob test. It’s not too sweet. It’s light and doesn’t taste artificial. And I know it’s good since my friend Wendy has made it countless times with great success. It is one of the few cakes I will eat without reservation. And it’s green! We have a win! 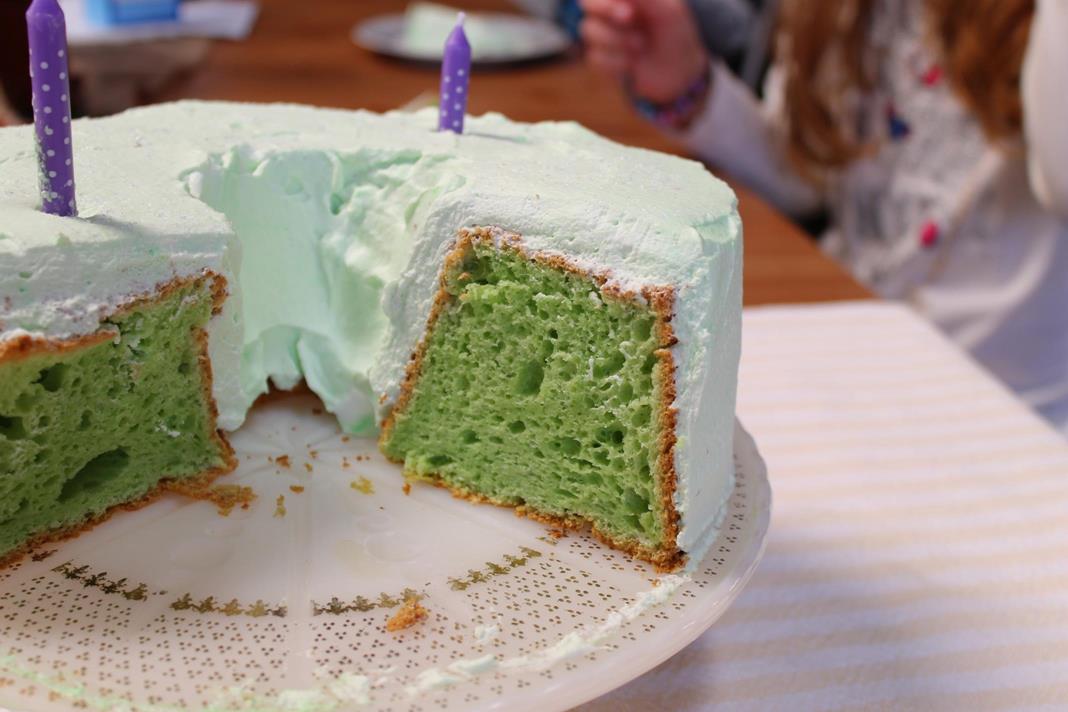 Happy fourth year anniversary on the blog, me! Have I really been doing this that long? Don’t I say this every year? Thank you for reading, everyone. 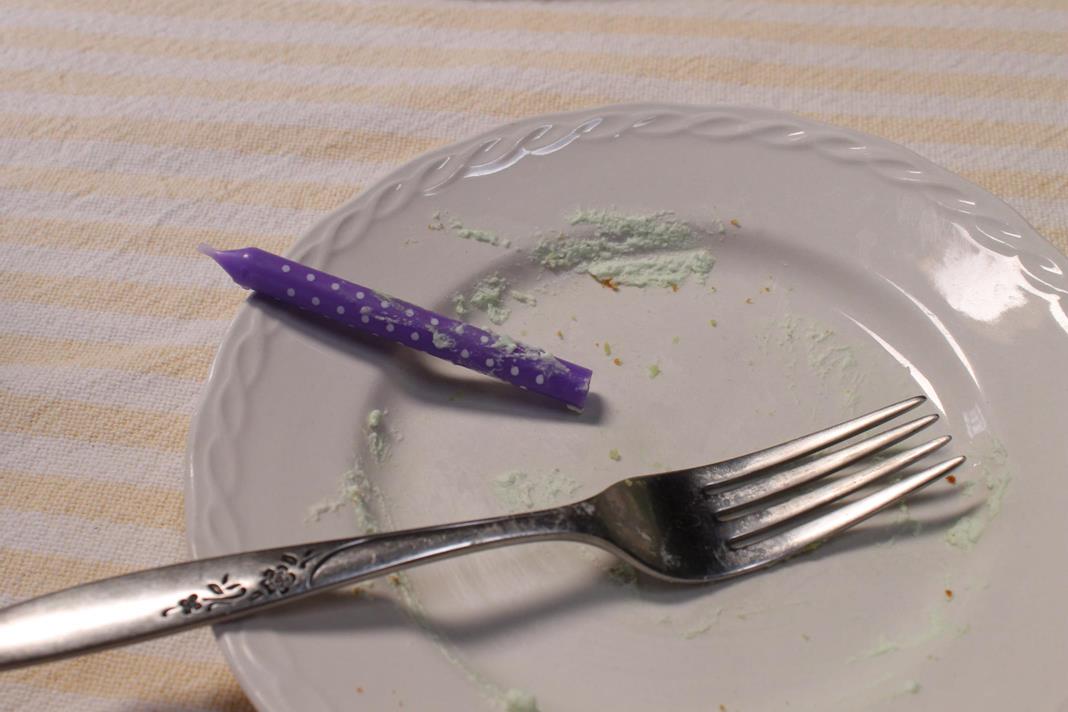 And Happy Birthday, Sky-Girl, our baby. We have seen you learn so many things in a year and a half! You try to run and jump. You smirk with your funny pursed-up lips. You love giving goodnight kisses. You are often so patient with your siblings’ want for your attention. You talk more and more: “[S]top!” when Big Brother or Sister pick on you. “Cute!” when you imitate Big Sister talking about you. “Yah! Yah!” You agree to so many things that your siblings talk you into, like random dress up sessions and being dragged around like a doll. And the clearest: “Mommy.” Love and kisses, to my shadow.

One year ago: polenta chips with rosemary and parmesan

5.0 from 1 reviews
Save Print
pandan chiffon cake recipe: a 4 + 1½ birthday
Author: story of a kitchen from my friend's food blog (http://hungrynomore.blogspot.com/2011/08/pandan-chiffon-cake.html)
Prep time:  4 hours
Cook time:  1 hour
Total time:  5 hours
My friend Wendy makes this cake, always wonderful. She found the recipe at House of Annie (http://www.houseofannie.com/pandan-chiffon-cake/). I've modified the steps to allow for less bowl washing and made some notes about cream of tartar, ingredient optionale.
Ingredients
Instructions
Notes
* If you add that spoonful of sugar at this step, you do not need to use the cream of tartar, depending on your goal. I've experimented and used it and left it out on different cake-making occasions. The end result cakes were both equally tasty. In general, stabilizing the egg whites comes with the sugar coating the egg proteins at this step. Cream of tartar (an acid) can also help stabilize and gives a slightly lighter crumb that you'd expect in a chiffon cake. I prefer using the cream of tartar ultimately.
Wordpress Recipe Plugin by EasyRecipe
3.5.3228
If you love this, share it!