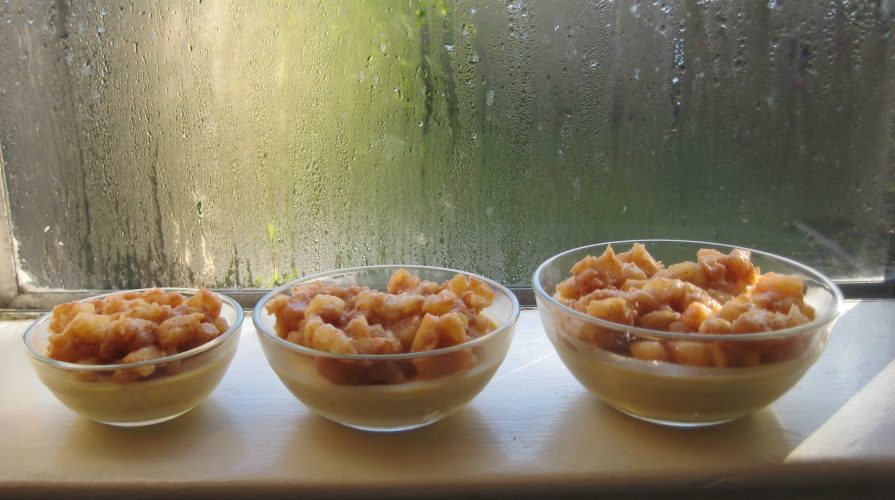 Pumpkin panna cotta: you complete me. You had me at caramelized apples. :::: 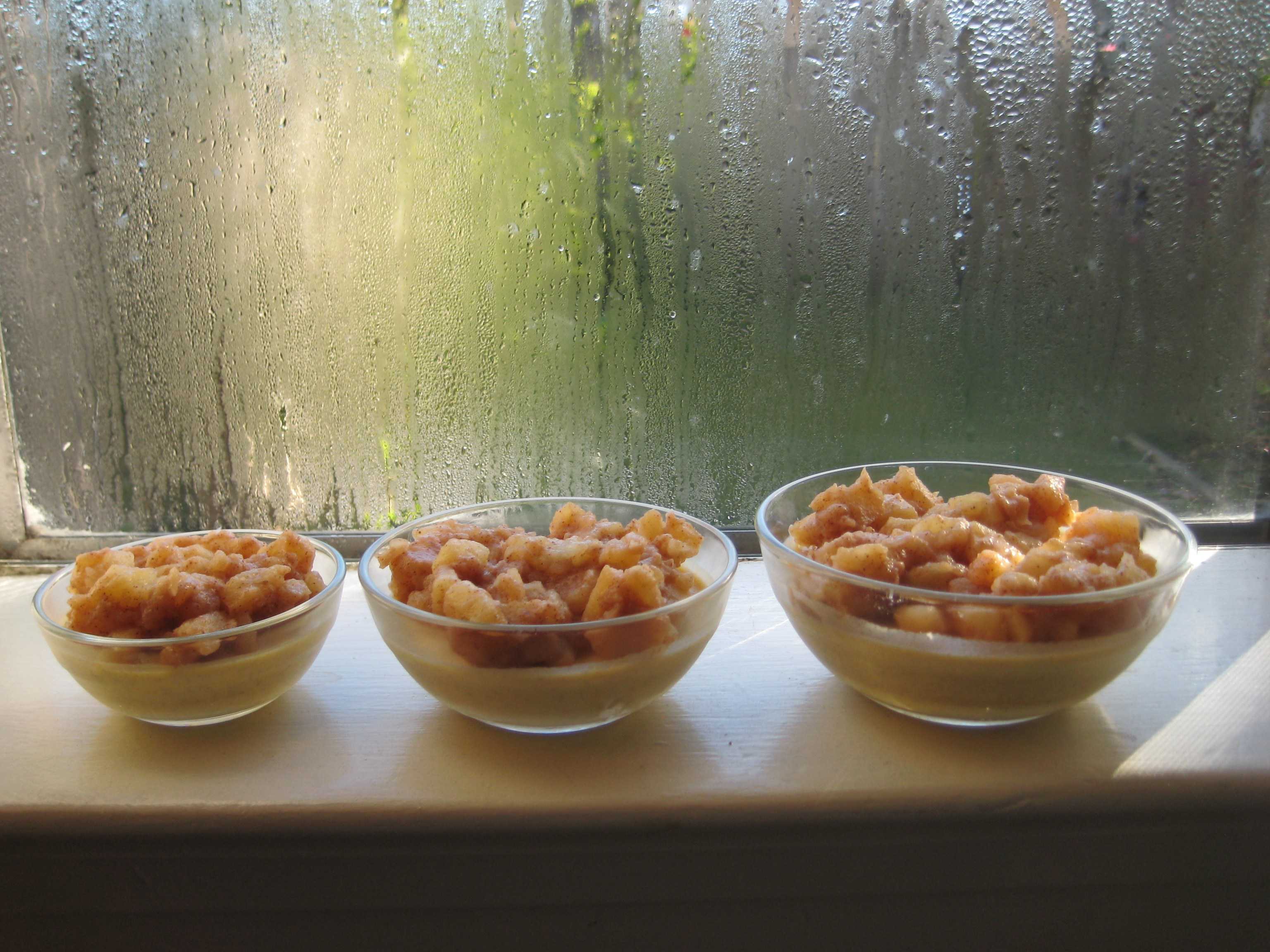 When I tell the classic story, the three bears did not eat porridge: they ate pumpkin panna cotta. Goldilocks did not covet the taste of oatmeal but the smooth loveliness of custardy cream and spices, topped with tangy apples. Really. It’s not that I don’t love oatmeal, but come on. Panna cotta wins here.I stumbled on this recipe accidently, in my pursuit of the perfect vanilla panna cotta recipe. After a delightful autumn, embracing various squash, root vegetables, and nibbling peanut butter taffies, I found myself swimming in pounds of leftover roasted pumpkin. And still do, as I dig through the chilly hallows of my freezer even now. And thus, I have an overwhelming urge to feed bears very rich desserts. 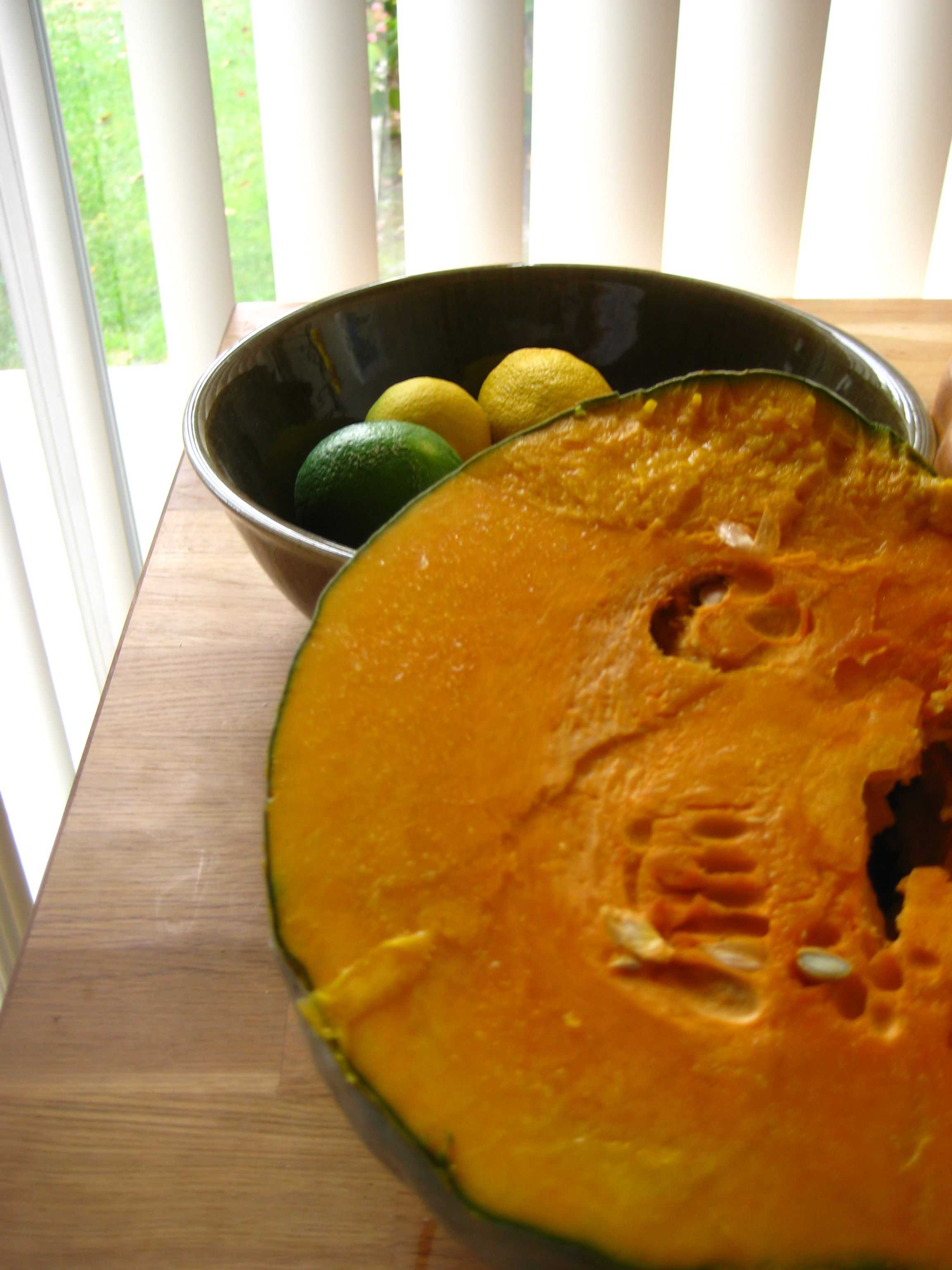 The original recipe from Italian kitchen maven Deborah Mele used pears and added a dollop of sweetened whipped cream on top. I wanted the snap of a tangy apple contrasted with the sweetness of the panna cotta. I skipped the whipped cream because the dessert was already very creamy. Because I used homemade roasted pumpkin, I strained the mixture through a sieve to get rid of the stringy pumpkin fibers. Canned pumpkin tends to not be quite as fibery but may still warrant a strain. The straining makes for a smoother consistency. Without straining, the panna cotta tastes a little more gritty and stringy but still has good flavor. Good enough for Goldilocks. And perhaps a bear or two. 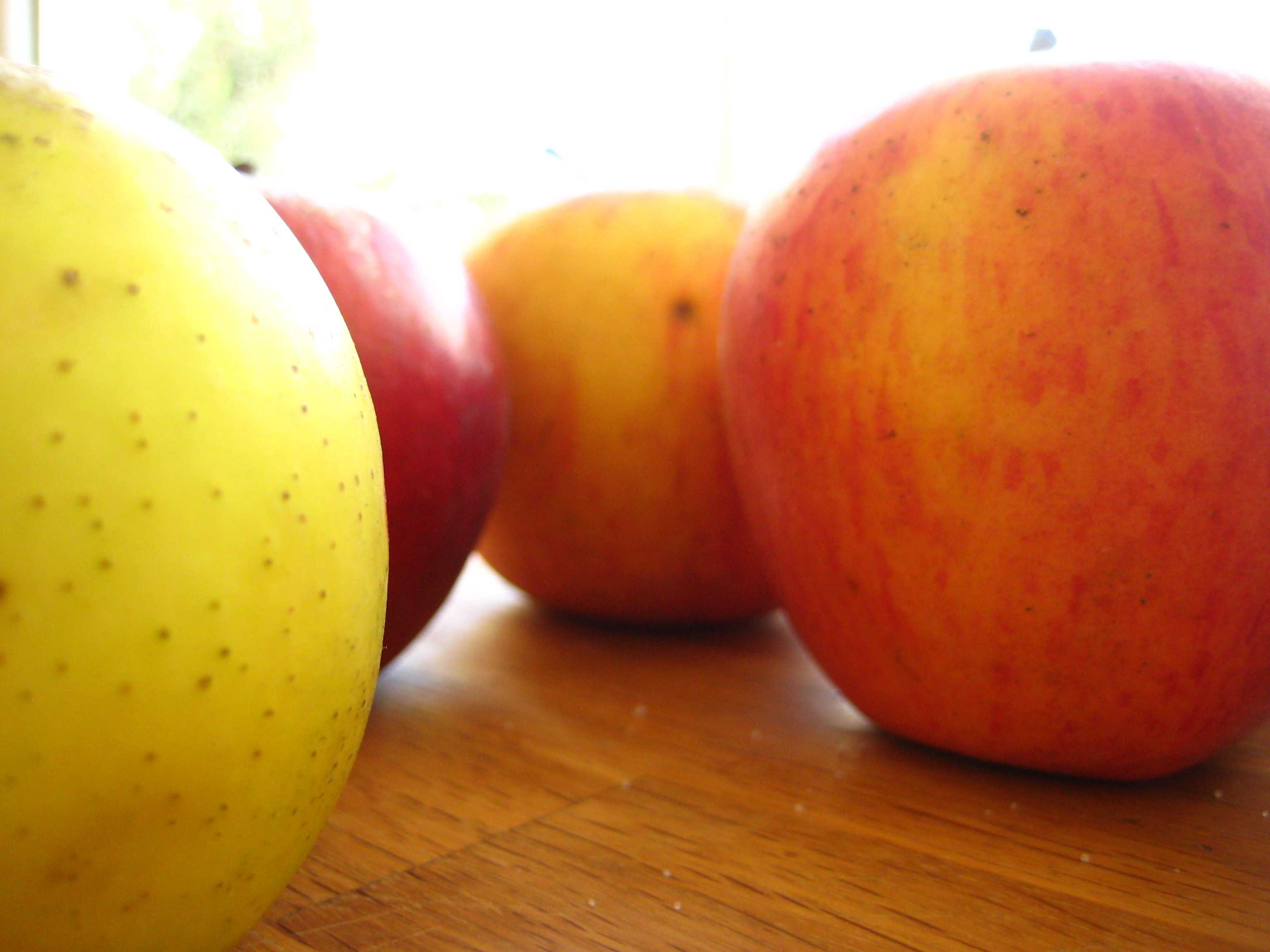 Cut the fruit in half, remove the core and peel. Cut into small dice. In a heavy frying pan heat the butter until bubbling. Add the apples, sugar and cinnamon and stir. Cook over medium heat stirring often until the apples and very tender and obtain a nice golden brown color. Remove from the heat and place in a covered bowl until needed. (Make extra: leftover apples are great on yogurt with a sprinkle of granola.)

To serve, allow the panna cotta to come to room temperature for 30 minutes before serving. Spoon on apples. Serve immediately.
Wordpress Recipe Plugin by EasyRecipe
3.5.3229
If you love this, share it!