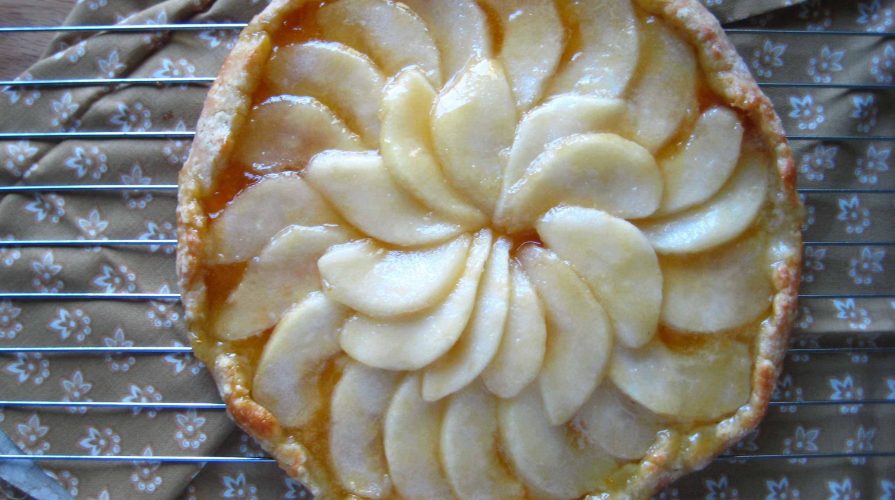 happy birthday, to the little man :::: This is the birthday season in our house. Our little man, the Grub, just turned 1 last week and we celebrated with pear galette. What? No cake, you ask? See, our little guy has developed an odd sense of disdain for anything bread or cake, not even testing a bite of its tender crumb or a lick of its icing. Since Grub eats his weight in fruit, I made a birthday pear galette instead. It was a big hit with Peach and Eat, served with some sweetened, spiced sour cream. Grub decided the raw pear slices that didn’t make the cut for the galette were tastier than any baked good presented that day. He’s also the kind of kid who thinks the wrapping paper is way more interesting than the gift inside. But our kids are the real gifts, not what we buy and wrap for these special celebrations. Grub is a little guy, even at age 1, but we often call him the Big Man. He is smiley. He loves to cuddle. He loves to see what Big Sister Peach is doing, much to her dismay at times. He is constantly moving, searching for another toy, another wad of wrapping paper or box, or even finding another way to antagonize the cat one more time. He is the kid who attracts the attention of the older couple in the grocery store with his toothy smile and urge to point at people and screech happily. He is the kid with the reflexes of Superman: I’ve witnessed him catch a fly with his bare (fat) hands. He loves kisses and tickles on his feet. He purposely waits for me to turn my head, then places random objects (i.e., paper, cat hair, beads, other small objects that easily can lodge into one’s trachea) in his mouth with a smirk, as if to say, Hey, Mom. I did it again. Now you have to hunt for it. Happy First Birthday, Grub! Maybe next year we can move up to Pear Cake….

Save Print
pear galette
Author: story of a kitchen (from Food & Wine magazine, September 1998)
Recipe type: dessert
Serves: 6
Ingredients
Instructions
Notes
* I actually cut up extra pears and cherry-picked the best shaped pieces for the galette. Needless to say, I did not follow these directions on pear wedge positioning. ** There was a lot of bubbling and juicy leaking while baking, but the galette came out of the oven unscathed. I think my silicon mat helped. If the galette had been directly on the baking pan, sticky juice to metal, I suspect it would have been hard to release from the pan. *** Since my apricot preserves were chunky, I heated them with the water then strained them to make a smooth glaze for the pears. I didn't do this step for the preserves under the pears though, because I wanted a little texture other than the buttery crust and the sugary pears.
Wordpress Recipe Plugin by EasyRecipe
2.1.7
If you love this, share it!