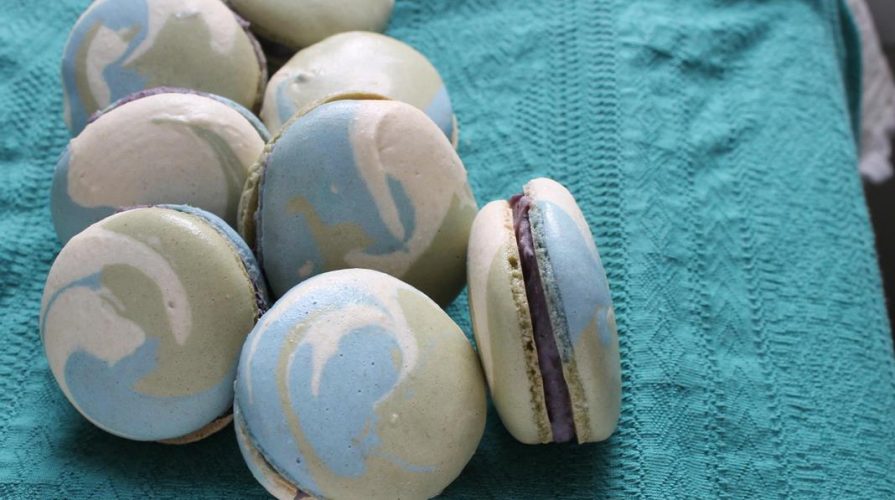 maine in the summer, remembered in the winter :::: My family’s summers in Maine started when I was twelve. And it was here that really sparked my love for cooking, the flint on the stone. My PhD father worked in biological research and teaching, the summers bringing in a motley assortment of students. We spent the summers in a uninsulated cottage that my parents rented from the lab, complete with plywood walls between the bedrooms, and the sound of every creak and squeak of the floorboards as we walked across them. The cottage we spent the most time in (before it burned to the ground years later, unoccupied), was Wilde Cottage. It was nestled into the woods next to Hamilton Pond, trees keeping the cottage relatively cool in the summers. There was a front screened-in porch with an ever-present layer of dirt, sometimes freckled with raccoon prints indicating attempted raids of the garbage bags left out overnight to take to the dumpster down the road. On warmer nights, we were cocooned by din of crickets and peeper frogs, cicadas joining in. The condensation on the windows in the early morning was often thick and beaded, as if we were sleeping in tents. And then there were the carpenter ants. They cast a quiet hum over the cottage, punctuated with squeals of disgust and the hard smack of a shoe. I tried to willfully ignore the ants skittering across the ceiling, and turned away at the squiggle of black creeping underneath a coat lapel or crumpled sock. Engrossed in a book, I would suddenly realize a small pile of sawdust developing at the foot of my bed, my eyes slowing traveling up the rafters to see if the gnawer was visible, reachable, and, therefore, squishable.

After being creeped out by the one-centimeter long ants sometimes veering off their destructive course and crawling on me numerous times in one sitting, I would eventually bolt downstairs to a well-lit area, away from walls where ants could climb and be seen. Usually this refuge was the kitchen. Often, I would cook or bake, or just eat, and then settle at the kitchen table sometimes reading or taking off for a run outside down Norway Drive, into the cleavage of road through farm fields, cows, and a stone barn. This was ant-free territory. The snapping turtles would hoist their heavy bodies from the surrounding lake, attempting to cross the road before a car could crush them. Helping them across wasn’t worth the sacrifice. In one instance, I tried to pick up a small turtle from the back so as to avoid a bite, and it still tried to take off my thumb with a swift hook of its neck. I grabbed a large stick to prod a mother turtle back to her newly-laid eggs at the road’s sandy edge, only to find the harder I pushed against her, the harder she pushed back, making it impossible to move her an inch.

Down the road away from the pond, I would run past the farms and modest homes of Mount Desert Island. I would also I run the other direction down the same road, to the sea. The clank, clank of sailboat sail ropes, the cool wisp of breeze, and the occasional snap of a loose sail in the wind drew me to the low tide. I collected sea glass, empty periwinkle shells, smooth rocks. The seaweed smelled of decay. It was here that I would think of stupid boyfriends and stare into the bay, cold Atlantic breeze.

And this is where I began menu planning, when I started my summer stint at a local restaurant, learning tricks of the trade. Certainly my dilettante start in cooking was shaped there, in that misogynistic restaurant kitchen, tempered by my mother’s good sense at home. I would walk five miles home (because I wanted to) and make gnocchi under the broiler. I could bake some crusty bread. I loved making calzones. I had the knowledge, I had the confidence to do it. Most importantly, I had the desire to do it, to practice, and try to make it my own. Those summers provided a practice ground, one that involved forcing my mother out of the kitchen and forcing my practicing, my pastries and breads, some cookies and a couple of cheesecakes, to be sampled by the family. We ate many loaves of bread. Perhaps dozens of calzones. And lots of desserts. Old habits die hard.

Today’s dessert is not something I ever made in Maine. This was too far-reaching for me as a teenager back then to try, and I didn’t even know they existed until adulthood. The colors remind me of the sagey, dry pines, the prolific summer wild blueberries, the sometimes brilliant blue sky on sunny days, and the whitecaps of the sea. I liked the idea of swirling together different colors from the memory on the canvas of a macaron shell.

My parents and two siblings and connected children will spend the holidays this year in Maine, covered in snow without the glut of tourists. Enjoy your Hot Toddies and I will enjoy the warm memories. And no carpenter ants!

One year ago: rose tea

Save Print
tricolor macarons with blueberry ganache recipe: a recollection of maine
Author: story of a kitchen
Recipe type: dessert
Prep time:  2 hours
Cook time:  12 mins
Total time:  2 hours 12 mins
Ingredients
Instructions
Notes
* I found that piping these three colors with three small bags in a larger pastry bag IN THEORY seemed easy, but ended up being messier than I expected. I also ended up with flatter macarons and the pieds were not as impressive because I messed with the batter more than I usually do in order to mix the colors.
Wordpress Recipe Plugin by EasyRecipe
3.3.3070
If you love this, share it!