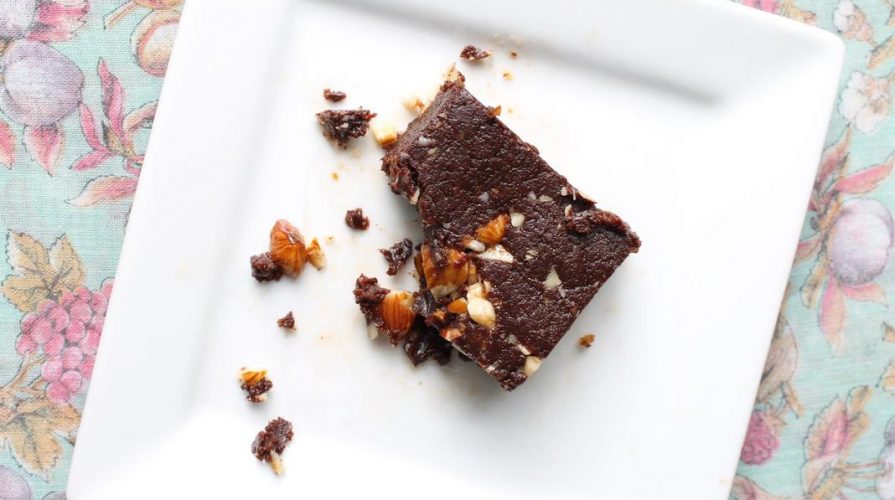 Schrödinger’s cat paradox is easily one of quantum mechanics most notable thought experiments. It may feature a dead cat or one that is very much alive, and can also be applied to a brownie…or not. We’ll get to that.

Our observation of this entire scenario and its possibilities leads us to the idea of entanglement. In other words, the cat’s state and our observation of the cat’s state dovetail. They are entwined and may exist in parallel, and each outcome of the cat’s fate does not interact with another. We are forced to pick one option, ergo collapse our frame of view. The cat dies and we see it dead OR the cat lives and we see it alive. Or, both can happen simultaneously, in some alternative universe, some suggest. Our choice also entangles us with the cat, as no one state can be explained independently from other.

There are many offshoots and variations, from how the cat dies to where it is. I propose Schrödinger’s paradox applies to these brownies. Kind of. Someone puts a foil-covered dessert in front of you that has a 50% chance of being a raw vegan brownie and 50% chance of not being a raw vegan brownie. We have no idea if the dessert will taste bad or good. When we actually peel off the foil and taste it, and it is, in fact, just simply a brownie,  the brownie tastes good or bad. Before we take off the foil and before we know if the brownie tastes good or bad, it is in a state of superposition, just like the cat. Here’s where things break down a bit: I will not anthropomorphize the brownie. It cannot know if it is a brownie or not, nor if it is good or bad.

However, just like the cat experiment, our observation of this entire brownie scenario and its possibilities leads us to entanglement and we are expected to collapse our frame of view. Here again is where things deviate from the original thought experiment: today’s recipe may never be a brownie to you, but it is always good. I argue that there is a corollary state of chocolate superposition, given that this chocolatey creation is brownie-like, and good and healthy, and free of traditional brownie preparation in the oven. There is no baking. There is no processed sugar, just caramel-like dates. There are loads of nuts. Cacao powder just seems dusty and flat, but it has rich, deep flavor. There is no animal fat. It looks like a brownie and smells like a brownie. It is a not-brownie, but it *is* a brownie, and it is good. It is Schrödinger’s brownie. And it’s vegan — don’t let that scare you out of thinking about this brownie paradox.

See what I’m saying? Try it for yourself and let me know. Quantum mechanics’ thought experiments of brownies are not as complicated as superpositioned dead-alive cats. Verschränkung.

One year ago: tawa naan

Two years ago: broccoli-cheese soup and tea and snow in the spring

From the lovely My New Roots foodblog.

5.0 from 1 reviews
Save Print
schrödinger's brownie recipe
Author: story of a kitchen (from the very lovely my new roots blog raw brownie recipe: http://www.mynewroots.org/site/2011/04/the-raw-brownie-2/)
Recipe type: dessert
Prep time:  20 mins
Total time:  20 mins
Serves: 10
Ingredients
Instructions
Notes
* I've made these brownies numerous times, finding I like to edge up the amount of dates. I don't use especially dry dates -- they are moist and caramelly -- and find 3 cups works better for keeping the brownies moist and to keep them from crumbling.
Wordpress Recipe Plugin by EasyRecipe
2.2.6
If you love this, share it!