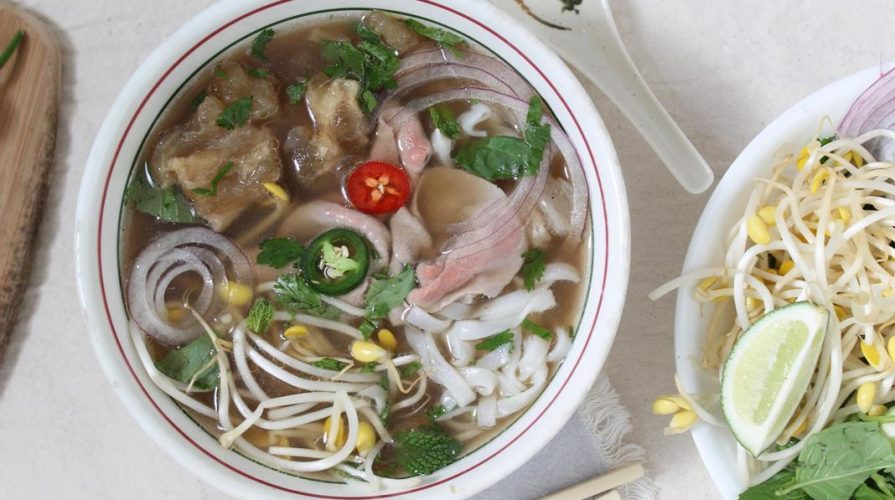 I can barely eat a plate of Chinese food without chopsticks, as if eating it with a fork is committing a cardinal sin in culinary heaven. I abhor bastardizing recipes to the point of Americanization. People assume because of my upbringing that I prefer Americanized versions of everything. Or that we have a mixed culture household that we default to the typical white American one. I haven’t always been open to these foods, growing up in a fairly homogeneous part of the country (translation: white) where Americanized “ethnic” (not my choice of word) restaurants are the norm. I have the fortune of growing up in a family who was fairly adventurous, in the kitchen and in travels. Although my parents may have not always known what to order in the restaurant in some small town in Italy or a seafood shack in Thailand, they were open to trying new things. I admit, I was a rebellious teenager, poo-pooing the idea of certain foods, but that stage has fortuitously passed. It was my Taiwanese classmate in graduate school, now husband, who took my tastebuds to another level. I tried real food. Still, we revel in the taste of a good phở, a perfectly seasoned sticky rice, and the post-Thanksgiving turkey bā (rice porridge), a tradition in his family. One cannot judge a book by its cover. Also do not judge the appetites and culinary interest of those around you. You could be missing out on something grand. chicken feet: you are AWESOME

This is as authentic as I can find for a good phở with offal bits. You may not be crazy about the offal if you haven’t tried it before. If you have access, try a good phở in a restaurant first, then try your hand at cooking tendon and tripe. Some restaurants serve the tendon a bit on the crunchy side, some more soft. I prefer the softer bite, buttery and rich. The tripe is cooked to a noodle consistency. Many Latin and Asian markets have precut tendon and tripe frozen into blocks. This preparation is much more convenient than trying to obtain a laser to cut through the rubber band like consistency of both. Also make sure there is no odor: if the tendon or tripe stinks, it’s not fresh enough. I changed this recipe ever so slightly for the sake of broth, that foundation of a good phở. I recommend using chicken feet and beef bones for the broth. If you have access to an Asian market, buy pre-prepared (meaning: skinned) chicken feet to make a nourishing, rich broth that you’ll swear by in the future. If you are not a broth-drinker, you might just become one. Eating phở is not a new idea. YOU eating phở might be. It has been around for at least 100 years, relatively unchanged in its gestalt preparation save for the embellishment of more meats, condiments, and the size of the bowl to accommodate American tastes (see, still some Americanization). Additionally, when Vietnam was split into two in the 1950s, there was a deliberate demarcation of phở presentation, some people still adamant today on what is “authentic.” beef tendon: so unassuming but so appealing

Today in the U.S., we typically see phở made of many textures and flavors: white rice noodles in clear beef broth, graced with a combination of fatty flank, lean flank, brisket, or eye of round, meatballs sometimes added, garnished with Thai basil, culantro, bean sprouts, chiles, and a good squeeze of fresh lime. And then there is my favorite, beef tendon and tripe, giving distinct flavor and texture that is unparalleled in any other soup I have eaten. It is comfort food at its best, withstanding the test of time and across borders. If you’re going to eat it, make it the good stuff. Don’t dial it down to appease the picky and less adventurous eaters. Make it REAL. One year ago: one-eyed chihuahua cocktail

Three years ago: pluots with mascarpone and honey and poached egg with balsamic dressed greens

Four years ago: kaiserschmarrn with peaches and blackberries and matonella con biscotti sablee (chocolate loaf with butter cookies and nuts)

Save Print
vietnamese phở recipe
Author: story of a kitchen (highly adapted from many sources)
Recipe type: soup
Cuisine: vietnamese
Prep time:  1 hour
Cook time:  5 hours
Total time:  6 hours
Ingredients
Instructions
Notes
* Roasting the bones prior to cooking is also an option. I have not tried it, but I suspect it can give a deeper flavor.

** Don't mess with the pot contents while cooking! Leave them alone! Don't cloud up the broth. You want to keep it clear and light. Keeping the broth at a bare simmer helps with this too. If the onion or beef seem to be disintegrating while cooking, gently take them out. UPDATE: The chicken feet will the cloud the broth slightly, but that's a sacrifice I don't mind making.

*** I love tripe and tendon in my pho. I can't eat it without including these two ingredients. If using, let the butcher pre-cut them into bite-sized pieces before cooking. They are like cutting rubber bands, so let someone else do the work. Many Asian markets sell tendon and tripe frozen and pre-cut in cubes, which are the perfect size for eating in pho. If not cooked enough, tripe and tendon are like eating rubber. If cooked perfectly, tendon is buttery and rich, the tripe with a bit of crunch without being too chewy. They add great texture. Tripe should be pre-cooked when you purchase it, so a rinse and quick boil and simmer should be okay before adding to bowls to serve. The tendon requires more work; see the recipe steps for details.
Wordpress Recipe Plugin by EasyRecipe
3.3.3070
If you love this, share it!