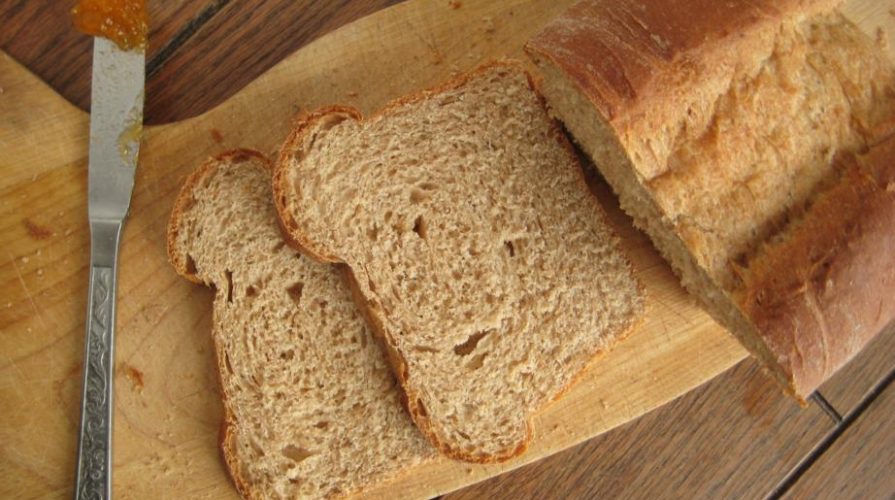 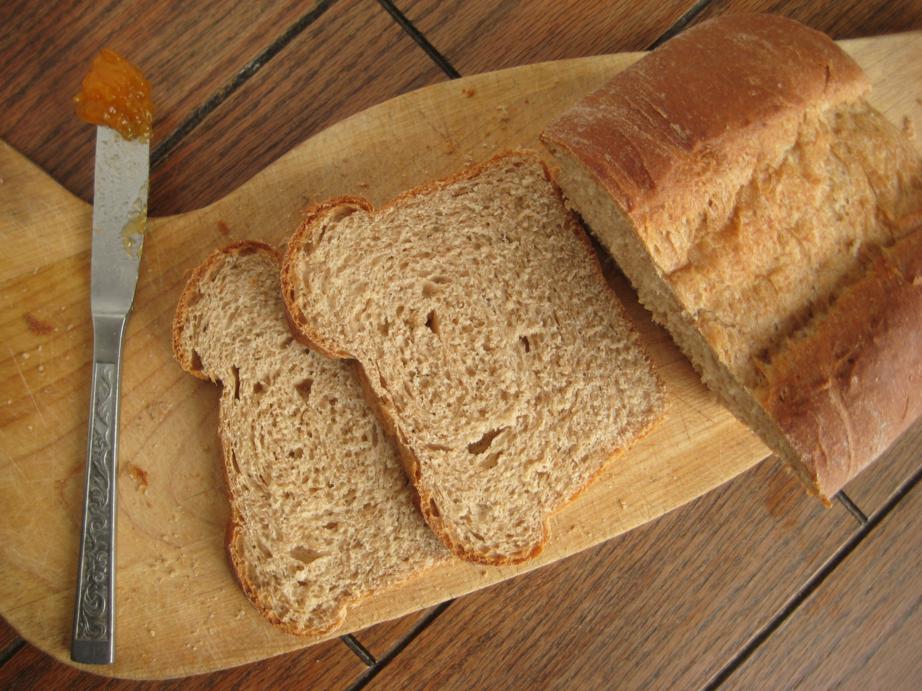 I remember my excitement when I first received my bread compendium by Bernard Clayton, bought at a little bookstore in Northeast Harbor in Maine one summer. I recently reviewed the contents of the book, bookmarking a multitude of recipes, only to be distracted by another bread recipe I recently saw on the America’s Test Kitchen’s TV show late one insomniac night. It was just too good to pass up. And it was all about wheat. 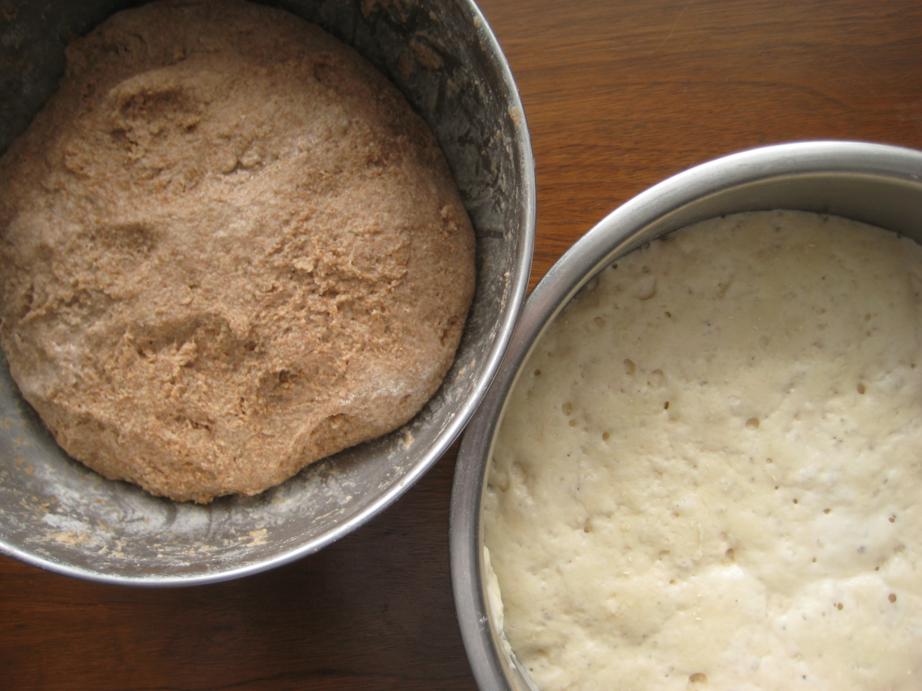 My foray into wheat is a strange one. As a child, I always preferred the stark white sliced bread normally served with American “cheese” and such at friends’ homes. It was Europe that changed me. While I still like a nice white flour baguette from time to time, I am devoted to wheat breads, grainy ones, seedy ones, ones soft and sliced or crispy and whole. 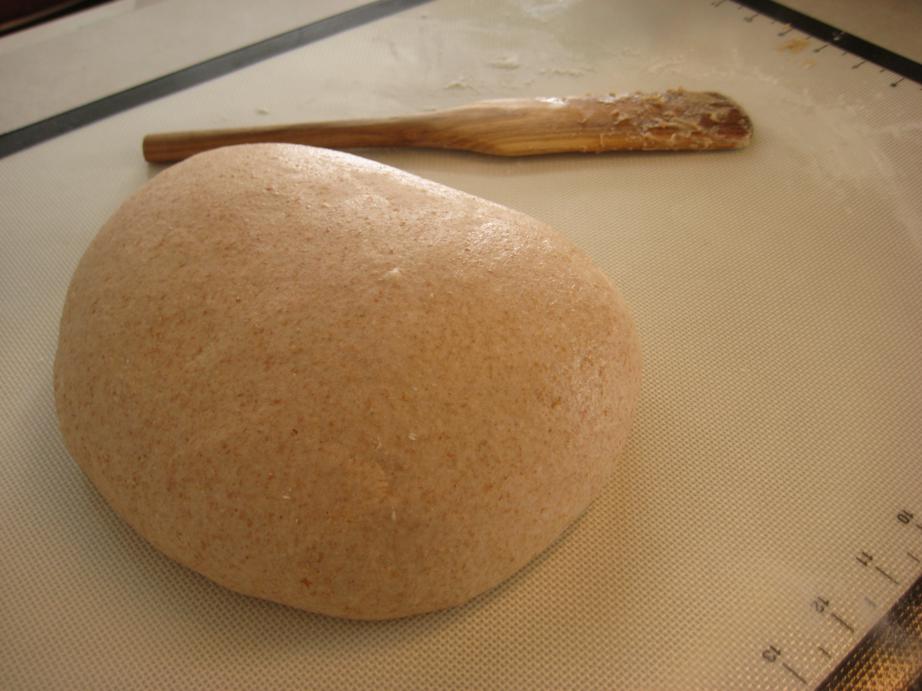 It may have started with a view of the raw grain itself. A friend’s neighborhood in England was bordered by a small, shallow brook. Across it, lay a large, breezy wheat field. The stream bank to reach it was steep but scaled easily, more tenuous after a rain. We often climbed this bank to view the other-worldliness of the field, so different from the boxy houses, green gardens, and busy roads back to our own homes. 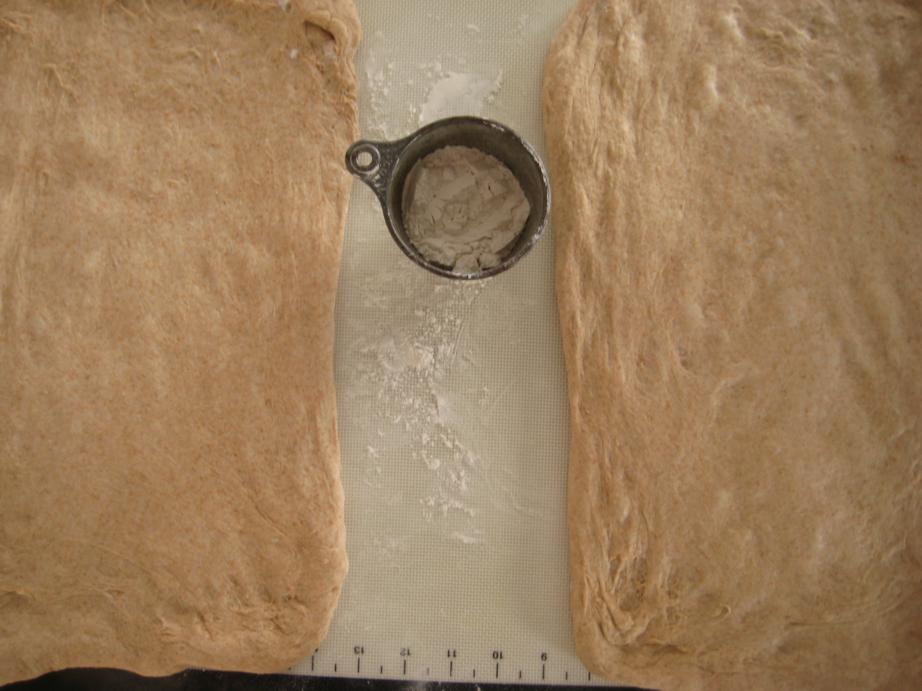 It was the home of my American friend, Raejean, that we frequented in that neighborhood, another American friend and me. Raejean was originally from one of the Carolinas (I don’t remember which now) and had a poise unlike my other friends. She taught me how to play Monopoly, never believed in getting dressed up for school photos (what was the point of looking totally different than any normal day at school?), and fawned over her pet baby hamster that her mother would only allow her to keep at the neighbor’s house. Michelle, the other American, had a little more of a Northeastern attitude, giving me a look of irritation when I tried to speak Yiddish after she told me she was half Catholic and half Jewish. For years afterwards, I was afraid to even acknowledge that Yiddish existed, for fear I would offend someone at the mention. 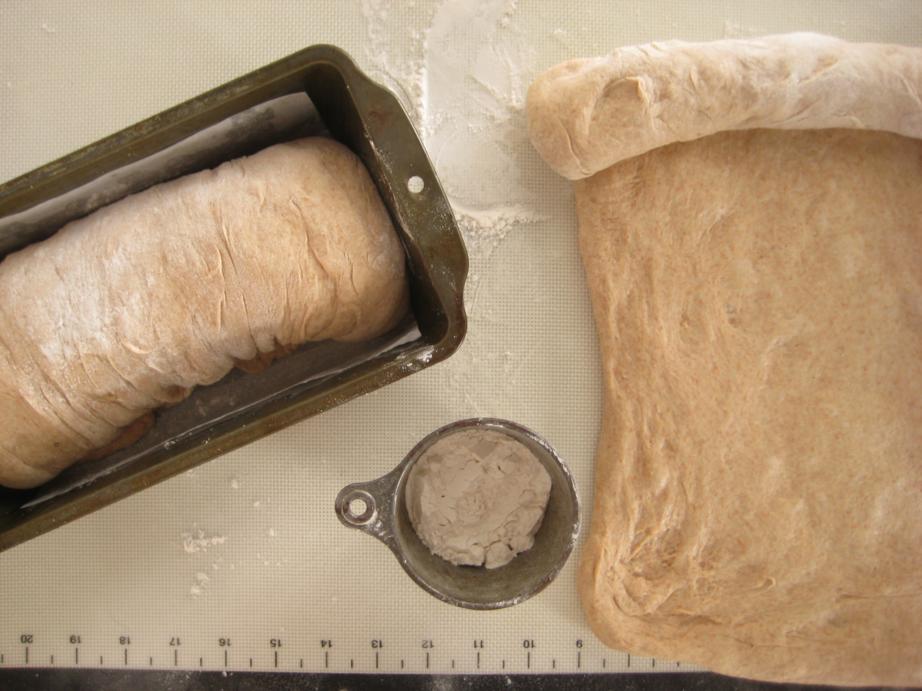 But one thing we three did agree on, besides wanting to be the dog playing piece in Monopoly, is that we liked climbing around the blackberry brambles in the neighborhood and through the brook bordering the wheat field. We avoided the stinging nettles, waded through the Queen Anne’s Lace on many of these adventures. Raejean convinced us that the wheat was for the taking. At nine years old, I didn’t expect an to get a hand slap from an angry farmer. Luckily, we did not run into trouble. In hindsight, I don’t think it was wise to pick it, even a little. I’m not even sure it was supposed to be edible. 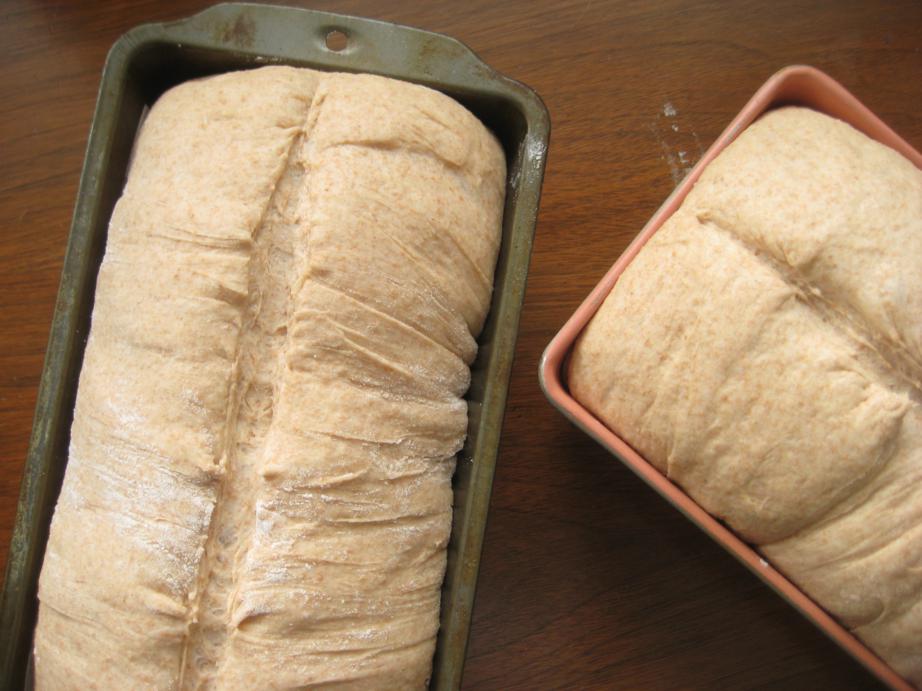 But we picked the wheat, at Raejean’s urging, and headed home to cook it. She was convinced it would pop like popcorn. We separated the wheat from the chaff best we could with little fingers, heated up a pan of oil with help from her mom, and watched the grain just brown with nary a pop. She served this treat with the orange-red soft drink Tizer. I now forever associate Tizer with that experience, only drinking it again one time later on my honeymoon in England and wondering if it would taste better with some fried wheat on the side. 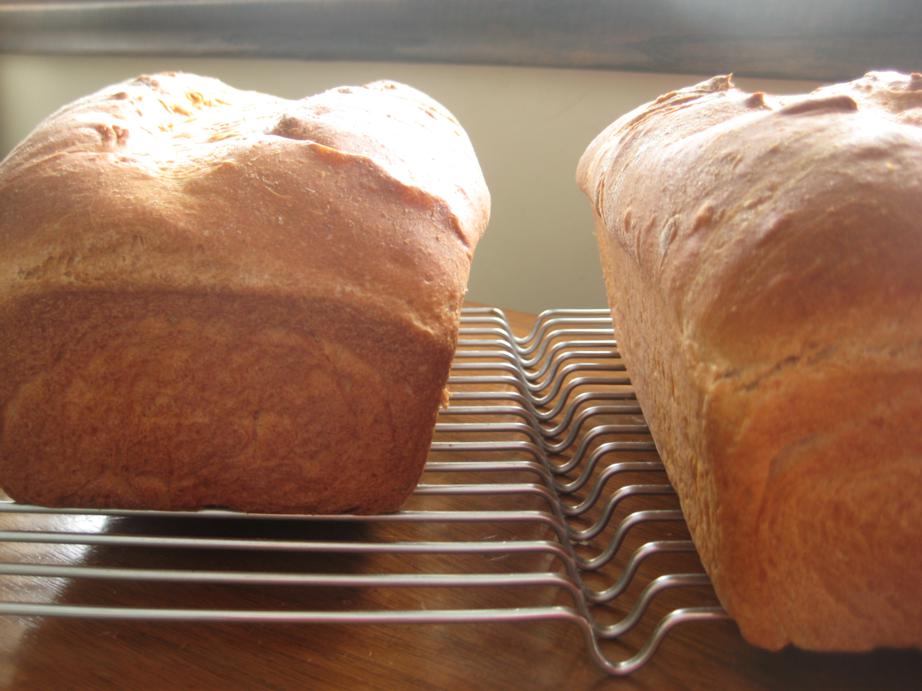 Today’s recipe for whole-wheat sandwich bread is heavy on the wheat like that strange choice for our afternoon tea years ago. It’s heavy and light at the same time. It’s not a loaf of bread reminiscent of a brick, like many wheaty breads. The secrets are the biga (pre-ferment step) and the soaker (this helps soften the wheat). 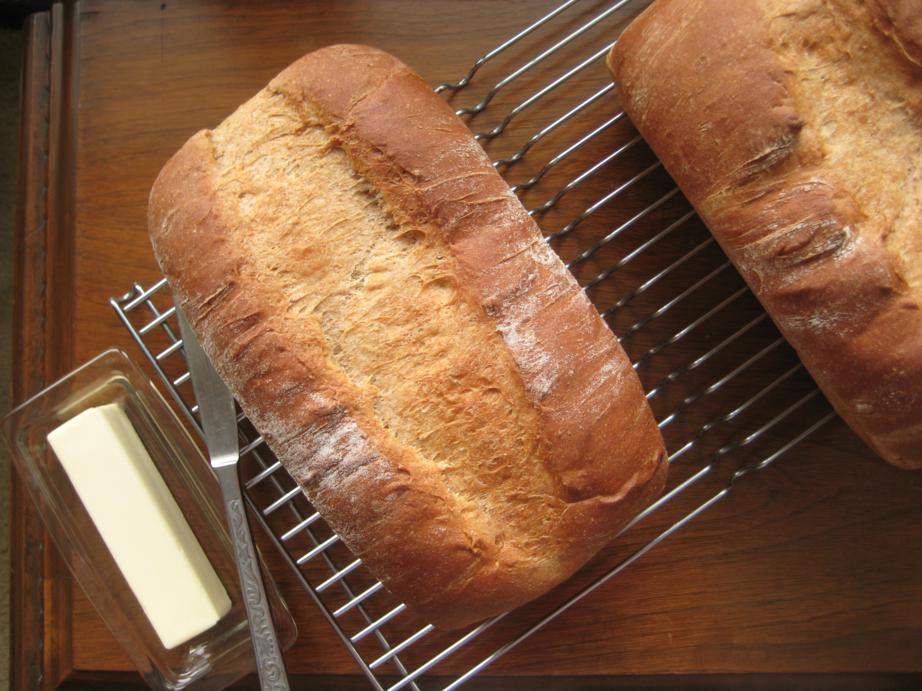 You may find this recipe is your not-so-strange foray into wheat. But then, maybe you have an odd story like mine.

One year ago: perfect popovers