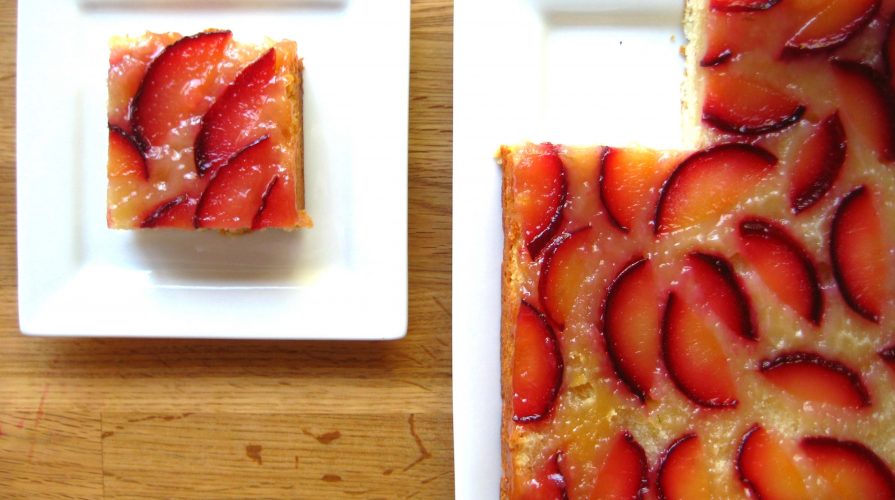 I was recently shopping for a birthday present for a friend’s daughter. While Grub and I squealed at the adorable Zhu Zhu hamsters, marveled at the infinitely surprised but harmonious Sing-a-ma-jigs, and almost had the pee scared out of me when the motion-activated automatons barked, meowed, and helloed simultaneously when I turned a corner, it was chattering electronic squirrel that won out. I headed for the gift wrap aisle and headed to the check-out lanes to pay. The cashier carefully placed my items in a bag, taking extra care to place the tissue paper on top.

“I don’t want to crinkle it,” she explained, the first thing she had said to me since the start of the transaction.

I waved her off. “No worries,” I replied. “It’s going to get crinkled anyway.”

She stopped for a minute as my receipt printed out, suddenly in a different world. “I like the word ‘crinkle’,” she said dreamily. “It sounds like ‘twinkle’.”

There was a pause as I awkwardly smiled, unclear on why she shared this observation with me. Me, a customer buying a simple birthday gift and its wrappings, other people eagerly waiting in line behind me to pay for their goods, checking their iPhone clocks, jingling keys. She snapped out of her reverie with a little embarrassed smile and small exhale, handed me my receipt, and I walked away. Strangely, I kept thinking of her comment. We all do what she did: a comparison of sounds, smells, or funny stories when something in our present tickles those memories tucked away, bringing them to surface again, sliding us into our own private reveries. We see a girl in a pink plaid dress and are reminded of our favorite childhood outfit. You may taste a friend’s chocolate birthday cake and remember your mother’s. I found myself doing the same thing two days ago at the grocery store, though not turning to the stranger next to me and announcing it, when I saw a fruit called a “cherum.” It is a sweet purple plum with hints of cherry, still wrapped in a plum’s tight skin. My first thought was of angels, seraphim and cherubim. To me, the rosy, plump cherums reminded me of rosy, plump cherubim, but without the doe eyes and wings. After I plucked up my angelic-sounding plums, I pondered on their potential without debate. The delicate glistening pink glow of plum kuchen appears in so many cookbooks. My cherums’ destiny was to contribute to that aurora in my kitchen, lighting the way to breakfast. I read the recipe carefully, noting that if the first step did not work, it was recommended that I must start over. Warm water and yeast = foamy. Accomplished. But letting the dough rise until doubled for almost two hours in Step Two? Didn’t happen. Convinced that the yeasty foaming in Step One was perhaps imagined (Were they just teeny bubbles? Could I really call it foam? Or was it more like froth? Or suds?) and that I had a dubious definition of foam, I stopped. I almost threw the whole lot away. What if I subjected those perfect cherums to a flat, dense NON-RISING cake dough, smashing them up into the pan bottom like policeman shoving a perp into the pavement, handcuffs snapped on, gravel in the ears?

So I balked. I saved my dear cherums and put the dough in the oven, alone, plum-less, without a rosy tinge, no pinkish hue and waited for the results. It rose! Like a light cloud! It rose! Plum-less it was, but still reminiscent of a wonderfully moist simple coffee cake. My docile cherums waited for their task, ready to embark on job to glorify and praise a moist, lovely cake batter. And yesterday, they did. The tartness of the plums with the moist, sweet cake is a wonderful contrast and excellent for breakfast or dessert. The lemon, just that little scratch, creates a subtle eddy of citrus, taking the cake to another level. Despite the yeasted coffee cake label, it doesn’t taste one bit yeasty. After numerous pieces and thumbs-up from the family, there is still some pink glowing from the kuchen, each half-moon of plum, like a curved sunrise. Some twinkling, even. Better than a ‘crinkly’ plum kuchen.

Save Print
plum kuchen
Author: story of a kitchen (adapted from Gourmet magazine, August 2009)
Recipe type: breakfast
Ingredients
Instructions
Notes
* Mine did not double. It barely did anything. I had a warm kitchen, a plastic wrap and a towel atop the bowl, and a tea towel wrapped around the bowl. So I balked. Balked! I baked it without the plums the first time: just a sprinkle of cinnamon. It puffed marvelously in the oven and it tasted like a moist, buttery coffee cake, without being heavy. Second time around (the next morning): not much action again. Since my yeast-water mixture foamed both times, and the cake baked up fine on the non-plum version, I figured I'd be okay the second go-round. It was perfect. ** I had extra, especially since I decided the plum "heels" weren't cake-worthy. Grub and I ate them. *** A little more rise noted here on the plum version. But still it still did not double until I got it into the oven and poof!, like magic. **** Yeah, easier said than done. I gave it exactly 5 minutes, flipped the pan over, and the kuchen wouldn't budge. After waiting a little longer and thwacking the pan a few times, then it released. A few plum slices dislodged from their bed of cake crumb, which were easily tucked back into place. I almost lined the pan with parchment, because I feared cake release would be difficult, but held back because I thought it might affect how the plums cooked into the cake.
Wordpress Recipe Plugin by EasyRecipe
2.1.7
If you love this, share it!