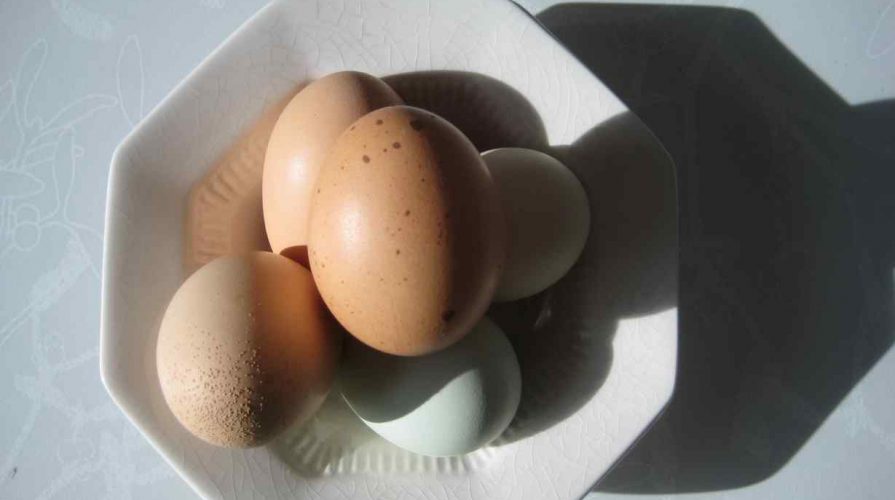 Before I jump into my much anticipated post on French macarons, we must discuss fillings. By far one of the most popular is buttercream. But wait! Not all buttercream is the same.

The French buttercream is your quintessential fat-laden, heart-attack-waiting-to-happen, but-dying-in-soft sweetness, kind of frosting. It uses egg yolks, sugar, and lots of butter to create the yellowy mess. This is a great frosting to pipe over a cake, use for macarons, anything that needs a sweet, creamy layer of fat and sugar. I am a frosting snob — very picky — and this  I will eat. Mind you, not layered on toast like I would a jar of jam — I might just clog my arteries thinking about doing that with buttercream — but in small portions as it is so rich. It is often pooh-poohed because it is not a rich, gleaming white color, so preferred for wedding cakes.

For those lovely creations, one might consider the egg white based Swiss buttercream. It is similar in creation save for the egg white use. The amount of butter is just as mountainous as the French buttercream. My least favorite these days, is the American buttercream. While it is easy in a pinch to make (butter and powdered sugar mostly, no eggs), it has been bastardized in most bakeries that I can’t trust it. There is the formidable Baker’s Butter, some unnamed fake chemical concoction that is often used as a replacement. Even Crisco. Personally, I’m not a fan of spreading a thick layer of chemicals on my cookies or cakes. When it’s just sugared up and slathered all over a piece of cake or a cookie, it kind of, well, grosses me out. If I’m going to clog up my body, I might as well do it right with butter. I have other American buttercream permutations on the blog (usually with a cream cheese slant like my lemon cream cheese frosting on my lemon cupcakes), but here I will share my French buttercream and Swiss buttercream success.

There is also the often-forgotten German buttercream, custardy and less butter laden, using whole eggs, some extra yolks, as well as some cornstarch to hold things together. I haven’t tried a recipe for this one, but it sounds just as good as the other buttercreams. It’s great for filling cakes and cupcakes, as well as frosting them. For a good recipe, check out Brave Tart’s recipe on her blog.

I made a French buttercream laced with elderflower liqueur, a lovely mix with my first ever macaron attempt: lemon macarons (the macaron shells themselves seemed too sweet to me). While I liked the elderflower liqueur, I was cautious about adding too much for more flavor. Adding any liquids to the buttercream should be done at the end AFTER beating it into a thick frenzy. This is especially important in Swiss buttercream, or you will deflate the egg whites and “break” the smoothness of the buttercream. I decided to also make some Swiss buttercream with peppermint flavoring to pair with some candy cane crunch macarons that I planned to make for the holidays. Buttercreams, all types, freeze well for about 3 months. Before using, bring back to room temperature (leave it on your counter overnight, perhaps), then re-whip it in your stand mixer to make it smooth and easy to pipe.

My summary of recommendations, and a few more:

– DO use a stand mixer. A handheld one isn’t enough and your motor may burn out.

– DO get an instant-read thermometer. I’ve harped on this before in my black soybean tofu, revelatory caramel cake, and skyr posts. They can be inexpensive as less than $10 to over $40, depending on how fancy they are. Simple works.

– MAKE SURE you have room in your freezer AND have odor-free containers before you embark on multiple buttercream recipes in a day, and plan to store them for future use. Refrigerating the buttercream is okay for a few days too, if you plan to use it soon. You still need to bring it to room temperature and whip it before using, just like the frozen buttercream. Because of the fat content, buttercream also absorbs fridge/freezer odors so remove smelly food and/or wrap your buttercream container well in foil and plastic bags. You don’t want garlic chocolate buttercream on your cake (or maybe that could work for certain people…).

– BE PATIENT. It takes awhile to whip the yolks or whites into the right stiff consistency. Make a cup of tea while you wait. Peek at the mixer. Give it time.

– For Swiss buttercream, DON’T WORRY about overbeating the egg whites and having them fall. The sugar added makes it VERY difficult for this to happen. The sugar coats the egg proteins and helps stabilize the foam. For other purposes, if you have a recipe with egg whites in it and sugar added elsewhere (like a cake recipe), I would take a couple spoonfuls from the other part of the recipe and add them gently into the whipping egg whites to help stabilize them.

– UPDATE 2015:  You can collect egg whites and freeze them before using. Thaw them out at room temperature and in the fridge before hand then use as your recipe instructs. I have heard if using egg whites that need to be whipped considerably, freezing them beforehand is not recommended. However, I’ve made this buttercream with previously frozen egg whites and without on multiple occasions. My frozen egg whites seem to not whip quite as high as the unfrozen on some occasions, then whip up faster at other times. That being said, using previously frozen egg whites for a butter cream did not really seem to make much of a difference for buttercream purposes. If you’re worried about the Swiss buttercream being too loose, firm it up in the fridge for a bit before using.

– DO get creative with flavor combinations. Like amaretto? Crazy about sesame oil? What about freeze dried fruit flakes? It’s all good! The beauty of macaron shells is that the flavor choices are ENDLESS. This is the same for the fillings.

– WHAT IF I END UP WITH A DRIBBLY OR CURDLED MESS WITH SWISS BUTTERCREAM? First off, don’t freak out like I did the first time I made Swiss buttercream, threw it out, started over, and ended up with the same curdled ick. There are two situations we can work through: 1)  If you have runny Swiss buttercream, put it back in the fridge for 15-20 minutes, then whip it again. It should firm up nicely. 2) If you have curdled Swiss buttercream, or a “broken” buttercream, take about 1/4 of it out of the bowl, put it into a smaller bowl and microwave it for 15 seconds. While the mixer is running on low with the paddle attachment, pour this heated mixture in slowly, then turn up the speed to high. Your buttercream should recover in a few minutes, looking smooth and thick. It worked for me!

Here are the recipes for French buttercream and Swiss buttercream. I’ve opted to not use the recipe plug-in for these recipes today, as I can only use it once in a post (plug-in issue). Please email/comment if you come up with some funky, unique flavors. I would love to try, too!

– Place yolks, 1 1/2 ounces sugar, and salt in a stand mixer bowl with whisk attachment. Beat on high speed until it reaches the ribbon stage. This stage is when the mixture looks like a flowing ribbon when lifted from the bowl and dripped back in with a spoon. The color of the mixture should be light yellow.
– Combine water, 8 ounces sugar, and corn syrup in a small saucepan. Stir once to combine, then wash down the sides of the saucepan with a silicone pastry brush dipped in water. Bring to a boil and cook until mixture reaches the thread stage (235 degrees F on an instant-read thermometer). Remove from heat.
– With mixture running on medium-high speed, pour the cooked sugar in a SLOW, steady stream into the yolks. Don’t let the sugar hit the whisk or the side of the bowl, which will result in hot sugar splattering potentially in your face and lost cooked sugar stuck to the side of your bowl. This mixture will whiten in color.
– Once all the cooked sugar is incorporated, reduce speed to medium and beat until mixture has cooled to about 100 degrees or warm to the touch. Reduce speed to low and add butter, once piece at a time, whisking. Once all butter is incorporated, return to medium-high speed and whisk for a few minutes until fluffy. Add vanilla extract, if using, whisking to combine.
– May use right away, store in fridge for a few days, or store well wrapped in the freezer for up to 3 months.

– Lightly whisk egg whites and sugar together over simmering water (double boiler) until the sugar dissolves and the egg white mixture is too hot to touch or an instant read thermometer reads 140 degrees F. It should look and feel as smooth as silk.
– Using a stand mixer with a whisk attachment, pour hot whites into the room temperature mixer bowl and whip on low speed, gradually increasing to high speed until egg whites double in volume. The meringue should appear to have stiff, glossy peaks. This should take about 10 minutes.
– Remove the whisk attachment and replace with paddle. On low speed, add butter, 2 pieces at a time, mixing with a spatula after each new addition. Continue to beat until the mixture is smooth in appearance, about 3 minutes. On a low speed, whisk in vanilla.
– Use immediately, store in fridge for a couple of days, or freeze well wrapped for up to 3 months.