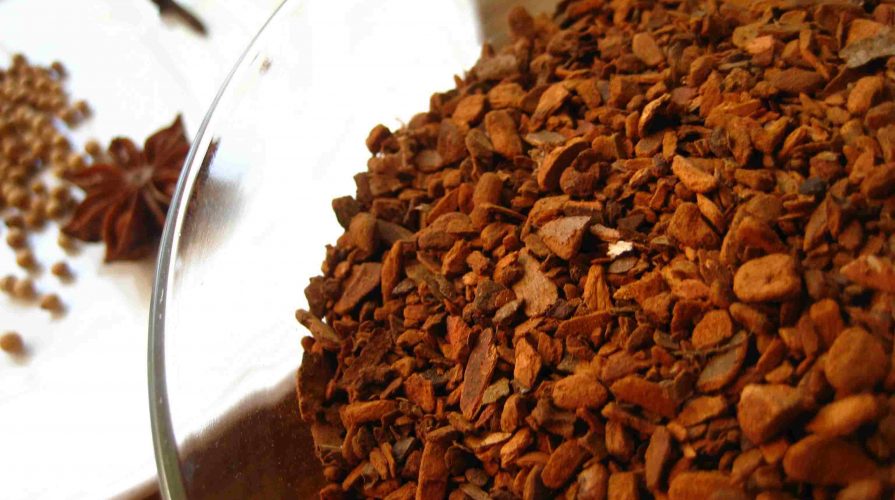 “Oh, chill out! It’s not that bad!” I was exasperated. My parents and Eat were trying some homemade root beer and I spoiled the moment. I brought up, to my scientifically-minded, biologically-interested family, all three of them sitting there, in my kitchen, that drinking too much homemade root beer could cause liver problems. I quantified “too much” and yet their partially full glasses of bubbling root were met with an immediate physical trepidation, glasses subtly cast aside, just a nudge, eyes veering toward the refrigerator for a glass of iced tea instead. Well, except my mom. She didn’t care — she also loves a good glass of root beer. “I’ll enjoy this,” she announced. She raised her glass and drank another slug. My dad grumbled a little. Eat had another taste and puttered off to another room, glass standing alone on the kitchen counter for the rest of the afternoon. Enter the sassafras root bark. One of the major players in root beer making, it lends a woody, earthy, spicy flavor to the drink, undertones of vanilla thrown in. That unique flavor is derived from the major component of the oil in the sassafras root bark, safrole. After being fed judiciously to laboratory animals in the 1960s, the FDA banned commercially-used sassafras in teas and root beer when the animals developed various cancers and liver toxicity. The ban was lifted many years later in 1994, long after companies had devised synthetic formulations of safrole to mimic (“to mimic” is definitely not “to have the same flavor as”) the original root beer taste or using safrole-free sassafras root bark oil. Sassafras is widely found in herbal stores these days, FDA warning stamped on the label. So how much is too much? How much is toxic and potentially linked to cancer? Gallons and gallons. More than you could ever drink and urinate out of your body in one day. Or a week! In other words, don’t become all peevish, overly concerned, or obsessive about it. Just have a couple of glasses. Enjoy them. Move on. You drink wine, right? Beer? Your liver has to process those libations as well. So long as you aren’t overdoing it (and do not have liver disease), your liver does its job and you move onto the pork belly taco, extra buttery brioche, and tiramisu. How are your arteries doing? Atherosclerosis, anyone? Or maybe you’re lactose intolerant and decide to have a 20 ounce, frosty peanut butter milkshake without taking any lactase pills. GI issues, for sure.

You see my point?

Make some homemade root beer syrup, give some as gifts, keep some on hand in the fridge (it lasts a year, according to the forager-extraordinaire Hank at the Hunter Angeler Gardner Cook food blog). Your liver won’t care. Save Print
homemade root beer syrup
Author: story of a kitchen (from Hank Shaw's food blog Hunter Angler Gardener Cook)
Recipe type: drink
Prep time:  10 mins
Cook time:  25 mins
Total time:  35 mins
Ingredients
Instructions
Notes
I mixed ⅛ cup syrup with ½ pint of seltzer water for my desired sweetness. Hank recommends 1 tablespoon of syrup to 1 pint of seltzer water. Everyone has different tastes, so you adjust accordingly. * I ordered my sassafras root bark from Mountain Rose Herbs (http://www.mountainroseherbs.com/). The company has a beautiful selection of teas also. ** The original recipe didn't say how long to cool, so I cooled for 2 hours.
Wordpress Recipe Plugin by EasyRecipe
2.1.7
If you love this, share it!