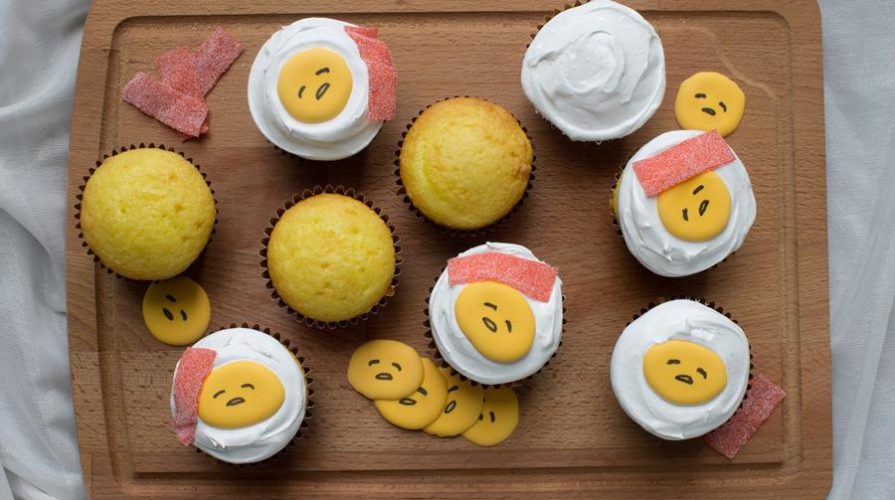 gudetama birthday for a sickie :::: 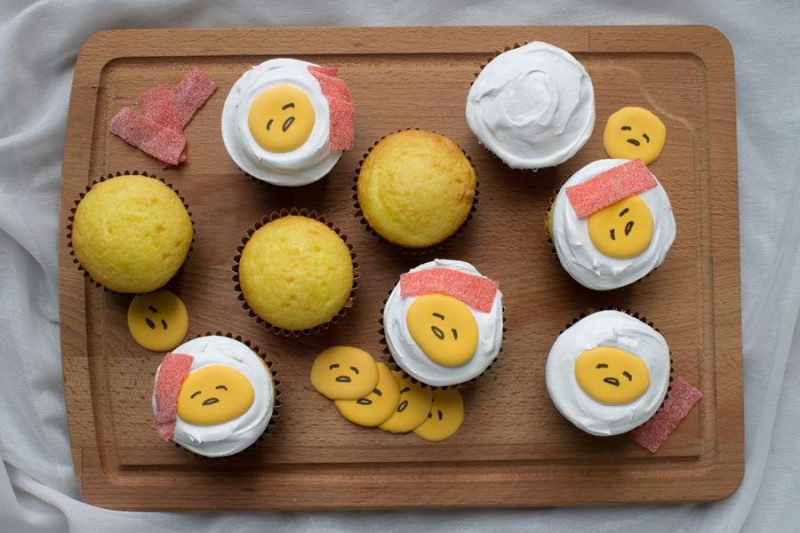 Poor Sky-Girl was sick on her birthday. And the day after. And the next few days after that.

Though we held onto the ice cream cake for a few days before she felt like eating it and cancelled the weekend birthday party, she was still mildly motivated to help make cupcakes. Well, she cracked the eggs, then walked away to rest on the couch.

I can’t blame her. When you feel sick, even the lure of sugar isn’t going to help much, even with my sugar-obsessed kids. 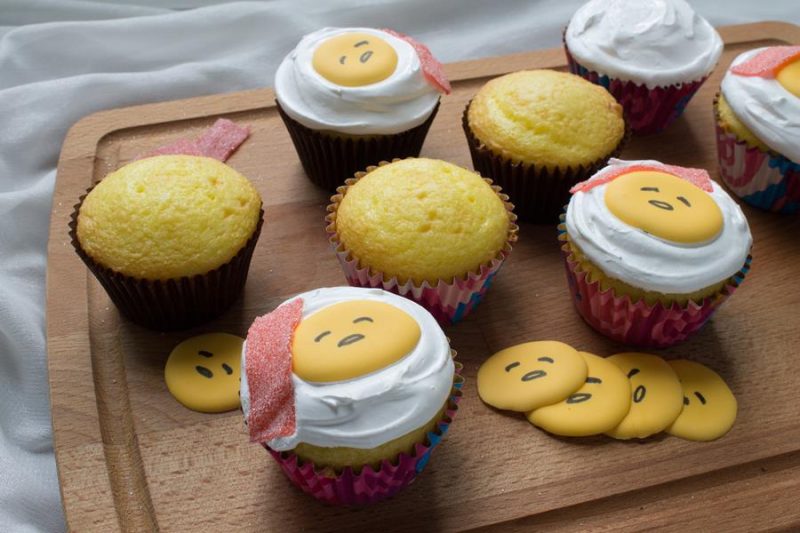 I think the lure was really the cupcake subject. Since we visited Japan in 2017, Gudetama has been a favorite in our household. He is one of Sanrio’s cartoony creations: a lazy, depressed egg yolk that lies around naked with a bacon blanket and complains about life. He’s the best. Without a mention from me, Sky-Girl brought up over a month ago that she wanted to have a Gudetama-themed birthday party. I figured cute cupcakes with his sad little yolk face on them would go over better than hiring a creepy cos-play character sighing with sadness that his destiny is to be eaten. 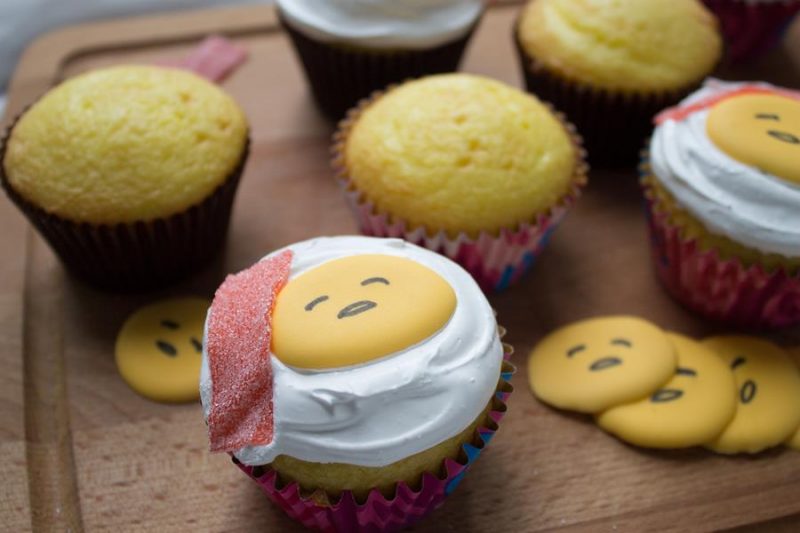 Gudetama is the antithesis of Sky-Girl. She is generally a happy kid, with moments of stormy sky. If you need a cuddle or a kiss, she is your kid. Her analysis of the world, even at an early six years old, seems both young and wise with a tacit understanding of how things work. It is her mind, unclouded and fresh, that I think about at night sometimes. One that I wish I could swoop into more often, to dwell on the details of the world.

Mommy, when you cut my hair, it sounds like you are cutting a watermelon.

Mommy, that ant is a fire ant because it is orange.

Keep being curious, sweet Sky-Girl. You give me good ideas about how to see the world all the time. The sparkle in your eye refocuses me to what’s important, even when it doesn’t seem like I’m paying attention. I love you. xxoo

Two years ago: bourbon cherries (My prep for our trip to Japan in 2017. We celebrated Sky-Girl’s fourth birthday at Mount Fuji.)

Four  and a half years ago: We celebrated Sky-Girl’s first birthday about six months late and it coincided with the blog’s fourth anniversary: pandan chiffon cake

Eight years ago: cranberries all around and honeyed goat cheese tart

Save Print
gudetama cupcakes -- sky-girl's sixth birthday!
Author: story of a kitchen
Recipe type: Dessert
Choose your favorite cupcake recipe and top with a white frosting. My Gudetama face toppers are made of royal icing -- if you use my medium, allow at least a day for the royal icing to dry completely before using. You can use marzipan, gum paste (with drying time), or fondant for the face also. Give yourself overnight to allow royal icing to harden, about 4 hours to cool the cupcakes, 30 minutes to make the frosting, and 10 minutes for assembly. Makes 24 cupcakes.
Ingredients
Instructions
Wordpress Recipe Plugin by EasyRecipe
3.5.3251
If you love this, share it!