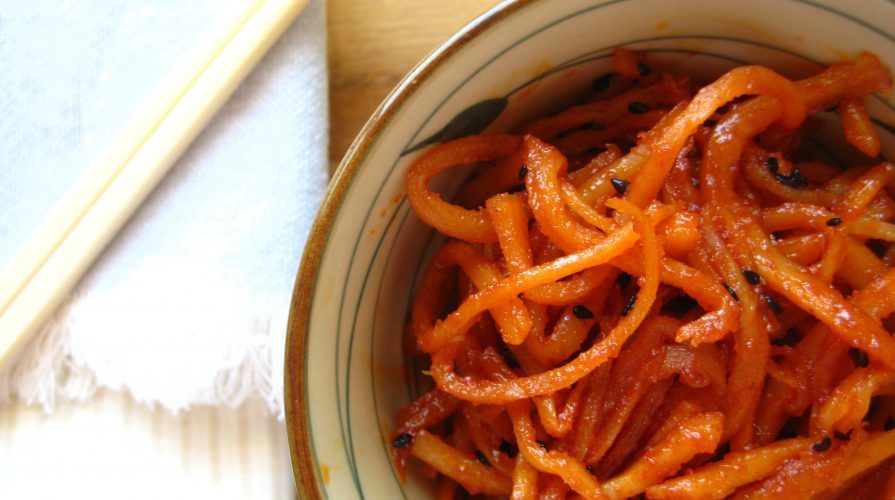 It all started with our friend Tony. He and another friend whipped up a crazy plan to sample and rate as much squid as possible, at as many restaurants they could find, in various preparations. From there, they planned to write up an extensive review in the local paper. To what end, I’m not sure, except probably for the fun of it and having the researched knowledge of knowing the best squid in the general locale.

That goal was never completed by Tony, nor was there even a half-written review of their taste-testing. Instead, Eat and I have taken on the task, through many years and in many different cities. We, however, have no intention of writing a review in a local paper. We just want to eat.

It was at a Korean restaurant that I had my first out-of-calamari experience, hovering above my plate of dried squid with red chili paste. It was rare that we had anything but the fried Italian-style calamari at that point, being landlocked and only expecting frozen, rubbery, but fried! squid ringlets. If I was lucky, I’d see a frill of tentacles stiffly waving at me, making the dish more authentic. So what a surprise that I had my favorite Korean barbeque and banchan  with squid! Ah! With hot sauce!

I inspected my bowl carefully. Almost like chewy, fiery noodles with a hint of fishiness, sweetness, and sesame oil, I doubted it could be squid. “No,” Eat countered. “It’s squid. Really.” And he stuffed more into his mouth. I kept asking the waitress to bring more refills because it was just that good. Since then, we have frequented many a Korean restaurant, me always anxiously studying the contents of the banchan bowls as the waitress (it’s always a woman) slides and clicks them across the table as the grill heats up for kalbi.  Sadly, this dish has never been included in the banchan choices since that first experience. It’s been years and finally, with my hunger and need to include something red and fiery at the table that doesn’t include kim chee, I figured out how to make it: ojingo chae bokkeum (Korean stir-fried dried squid). It is still one of my favorite preparations of squid, even though it’s not fresh (dried and soaked in water).You never know what a silly plan will uncover: squid love in unexpected places.