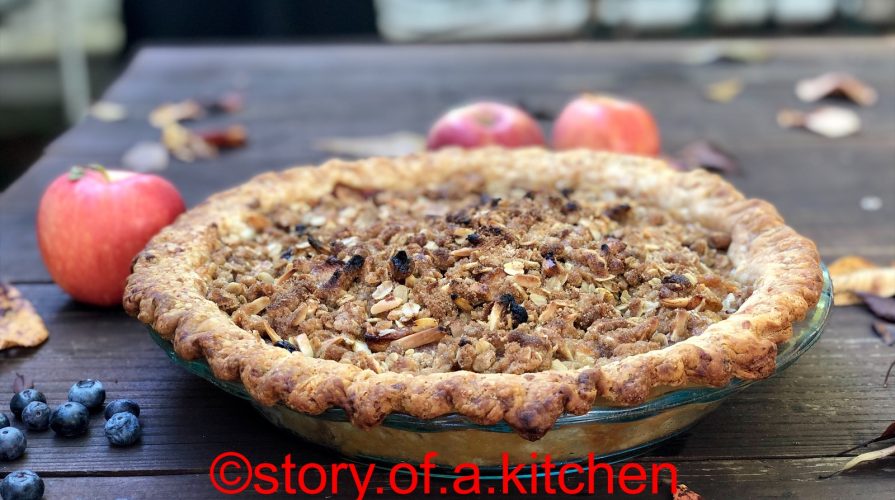 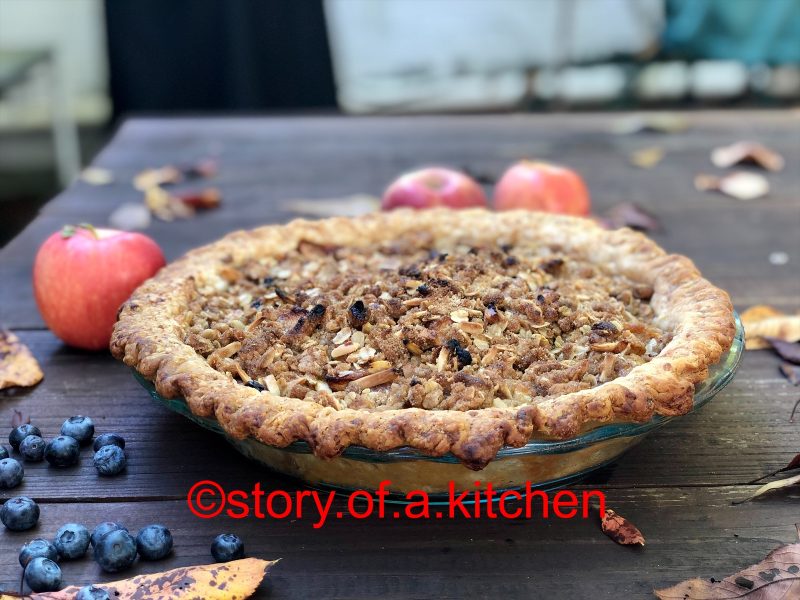 The pie theme for Grub’s birthdays have held strong for the past few years. We have a chill in the air in Georgia and it actually feels like autumn. Grub said I could choose the birthday pie filling so I opted for the traditional apple of the season, with a handful of errant late summer berries Georgia seems to find this time of year. Errant is a good word for 2020. (Maybe our next election can bring us back to a little more normalcy, ahem.) 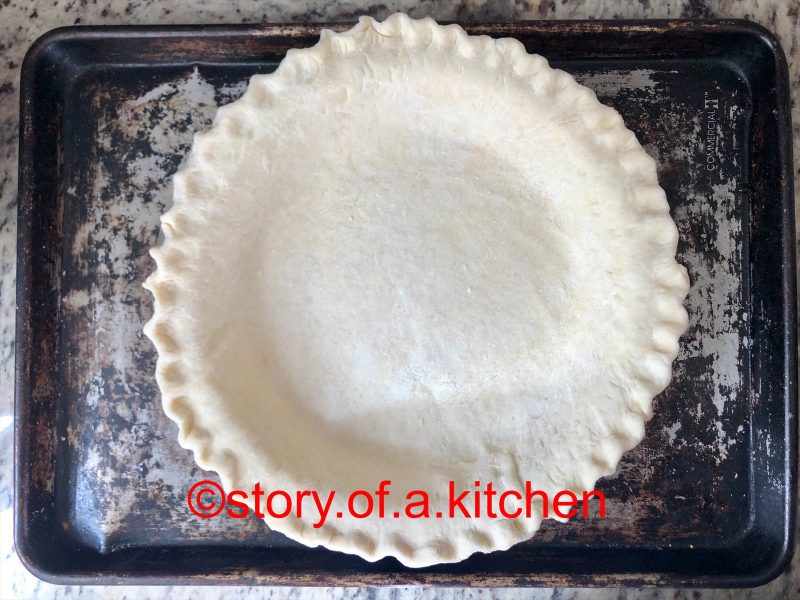 We have ducked so far out of the meaning of seasonal foods, most of the time my children assume the plethora of berry pies I made in the summer can emerge just as easily in the off season. Maybe so, but the 99 cent a pint sale this summer for raspberries isn’t something I’d find in the almost chill of a Georgia September. (I bought 16 pints. We ate everything.) 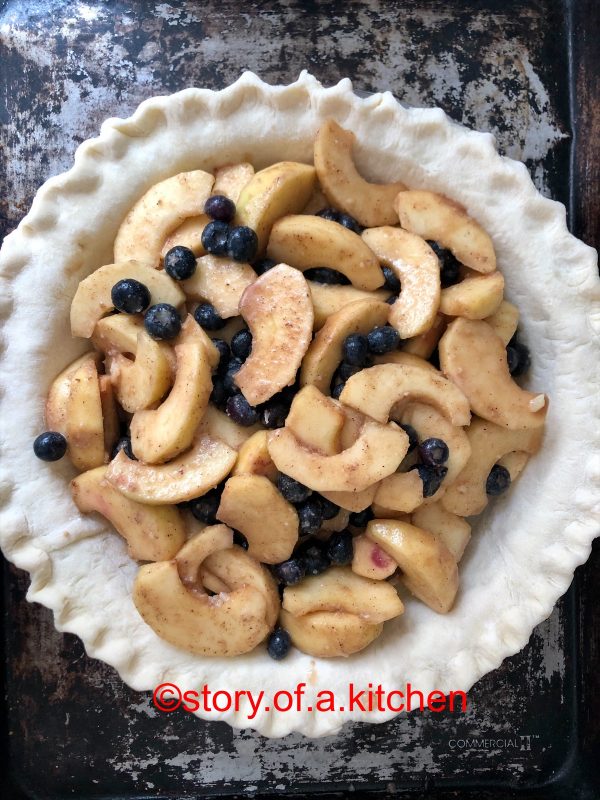 So the answer is yes, there is a seasonlessness to pie fruit in this modern age of travel/shipment/supply chains and greenhouse factory fruit but I’m not willing to fork up the money to get them at my every whim. And sometimes fruit thawed from frozen just doesn’t cut it. 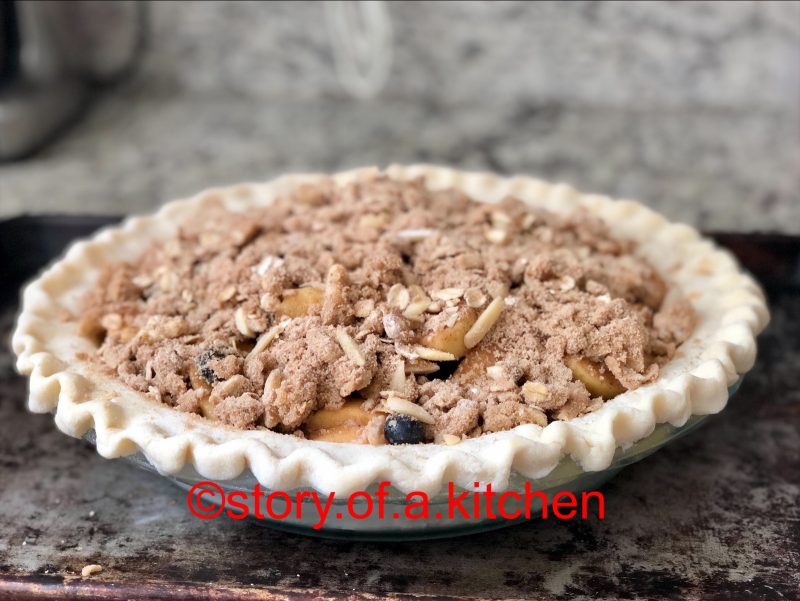 But he, he is whim and love. Grub is curious and funny. He’s so smart and fun to talk to about school when he has questions. He rolls with the online learning well though craving more social time with friends. Physically-distanced fun has turned into hours of tandem play on Minecraft with his best friend whose backyard touches ours. They’ve found other kids in similar situations, across the world in South Africa and Canada. Because our world has become a weird and limited place to interact closely with friends and strangers, they’ve taken to a new digital world to wrestle and joke virtually in pixelated and blocky bodies. 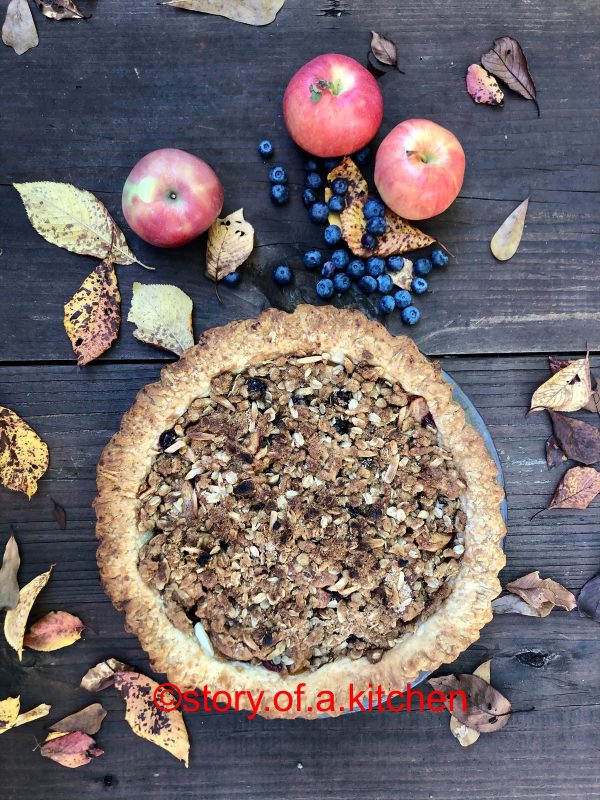 Grub invited two friends for a birthday sleepover, which we carefully planned to keep them distanced. It worked pretty well but it was hard to see the bursting energy of kids wanting to be closer to each other. I still get hugs though. Grub may be ten now but he’s still a great hugger and doesn’t mind me calling him by his baby nickname. Don’t lose the hugs, silly. The baby nickname will fade, but I’ll always want hugs from my bright, lovely boy. I love you.

The crumble – Lise Desrochers’s The Lompoc Cafe Cookbook. The cafe is located in Bar Harbor, Maine. It’s a spiral-bound book, no publication date. I think my mom got me the cookbook around ?2000.

Save Print
apple-blueberry pie recipe -- grub's tenth birthday!
Author: story of a kitchen
Recipe type: Dessert
Pie filling recipe my own. Pie crust recipe from Bravetart's Iconic American Desserts cookbook by Stella Parks. Crumble topping from the Lompoc Cafe cookbook by Lise Desrochers. Give yourself about an hour of active prep time, 6-7 hours total at least. If prepping parts of the pie overnight, everything will go very quick the day of baking.
Ingredients
Instructions
Wordpress Recipe Plugin by EasyRecipe
3.5.3251
If you love this, share it!