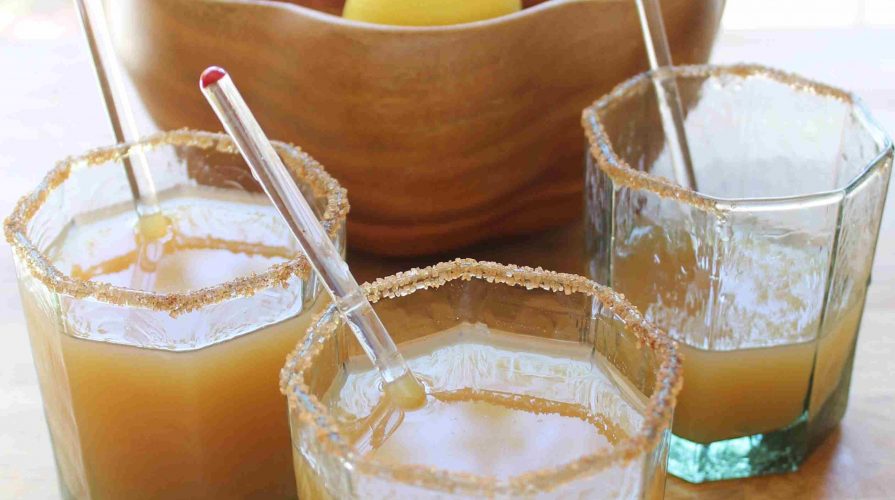 When Eat and I lived in Champaign, we frequented a restaurant called bacaro. It is here that I found my love for Campari and Prosecco apertifs, the prodigious use of black truffles, and ate foods that I had never heard of like speck, hen of the woods, or peekytoe crab. The stress of my intern year in residency was relieved by our frequenting the restaurant, often twice a weekend. Drenched in the trance dance music and shadows of low light, one of the bartenders usually gave me sample drinks to try, things that she had created not always on the menu. I fell in love with her cinnamon-apple pie drink and managed to have her make it for me even when out of season, long after Thanksgiving. It brings back memories of Midwestern autumns, the crispy air, the annual trek in the dreary weather at the apple orchard for bushels of apples and a few carving pumpkins, and the cozy spicy smell of cinnamon laced in sweaters after spending time baking or in friends’ homes with autumn-inspired scented candles. But more than anything, I can’t not think of bacaro when I hear trance music wafting from some nightclub, too hip for me these days, and when I see an apple cocktail on speakeasy-style bar menu.

I have never found another bartender so attentive to my drink desires as Libby. And I have never found anyone to recreate Libby’s apple drink. It was when I didn’t ask for one of her alcoholic creations one night when one of her colleagues was covering the bar, that they suspected something was wrong, or rather, that I was pregnant.  I’m embarrassed to admit it was not family that we told first about Baby Peach gestating inside me, but a bartender.

My attempt here is not quite like Libby’s save for the cinnamon-sugar rim. Hers was a little more fizzy with a little orange Cointreau and apple-flavored Izzy; mine has amaretto and a splash of seltzer water. She served hers in a pretty martini glass; I go for the highball style glass. I’m sure if I went back to bacaro, my request for Libby’s drink would be lost on deaf ears. She has long since left the restaurant and didn’t hand over her recipe magic to others. I doubt, however, that I would be disappointed with anything the bacaro staff created for me to sample, with the benefit of some reminiscing to come along.