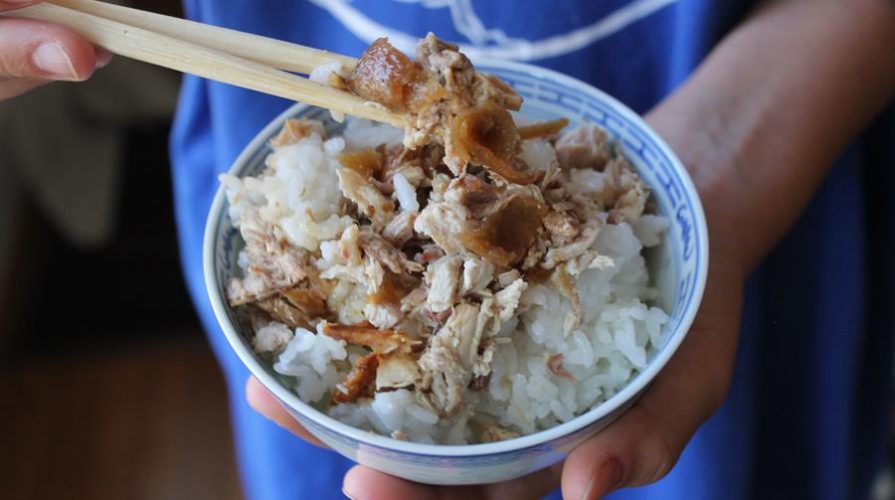 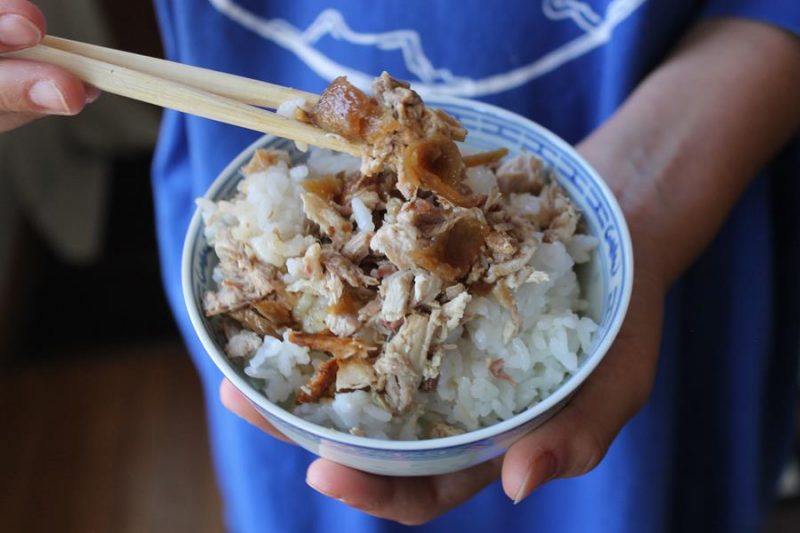 Ah, Thanksgiving leftovers. This year, I made our favorite turkey congee the day after, then tried my hand at making a new turkey dish: turkey rice (火雞肉飯). We first tried this dish in Chiayi, Taiwan this summer, it being the signature dish of the region. We ate all sorts of night market foods there, the heat of summer still almost swallowing us up those two nights, aerosolized grease and humidity not slowing us down as much as I expected. We sweat more than we ate. 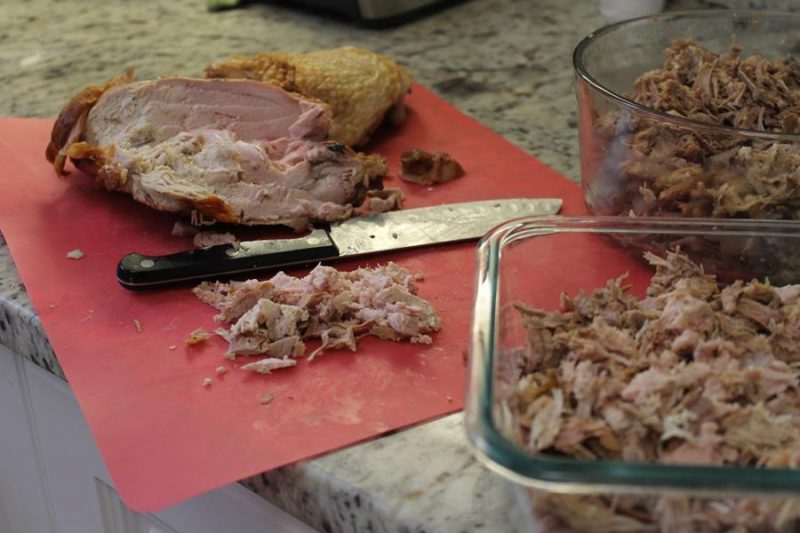 So I thought after Thanksgiving this year: why not? Let’s bring some turkey rice to Atlanta. 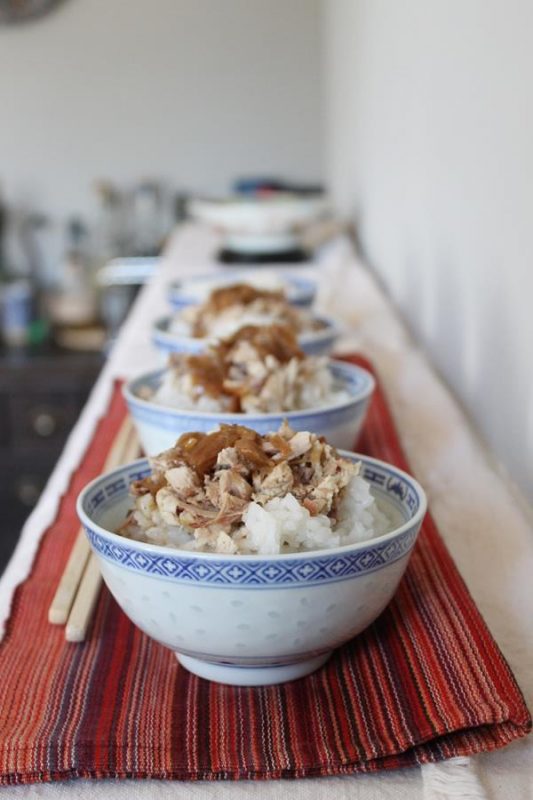 I nosed around on the internet and found a few recipes, merged and adapted them slightly to replicate what I remember tasting in Chiayi, and for the use of leftover Thanksgiving turkey. The recipes I found started with raw turkey and the process of rendering the drippings from the skin and boiling the meat. My roasted turkey meat takes out those steps. I only salt (and sometimes pepper) our Thanksgiving bird, so there’s no chance of Western flavors intruding on the East. I did not save the drippings (gravy was already made — make-ahead!) because I was lazy, though they are perfect for this dish if not all used up in your gravy. 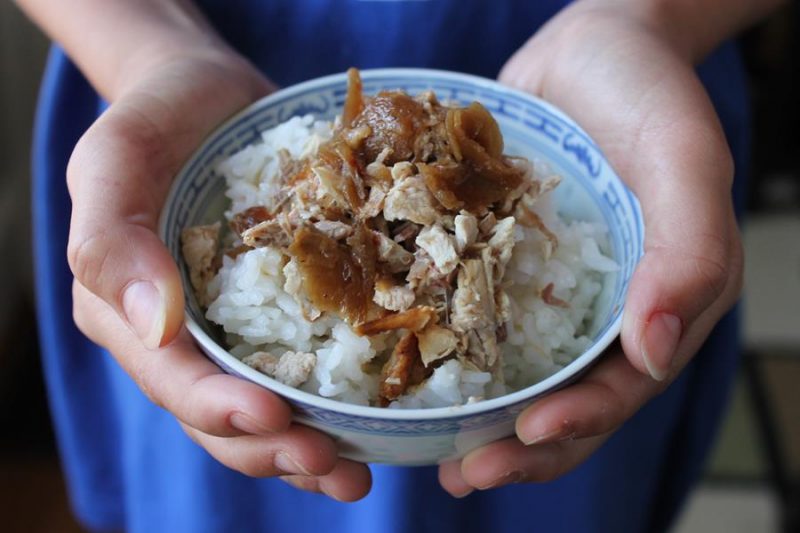 The best part are the mix of the shallot, turkey and soy sauce flavors — I love salty, meaty-onion flavors. If you’re vegan, try seitan or mushrooms in place of meat. While I love the colorful sides for the turkey congee, turkey rice is even more pared down. It’s just one bowl. Easy to reheat. Easy to serve. Easy to eat. After all that cooking on Thanksgiving, something needs to be easy.

Save Print
turkey rice (火雞肉飯) recipe
Author: story of a kitchen (adapted from many sources and for the use of leftover Thanksgiving turkey)
This recipe is easily scaled up or down. You really only need to pay attention to the sauce ingredient amounts. Also, start making the broth the night before or early the day of. In a pinch, chicken works too (which often happens in Chiayi when turkeys are not widely available). This recipe serves about 10 people.
Ingredients
Instructions
Wordpress Recipe Plugin by EasyRecipe
3.5.3251
If you love this, share it!